Players are now banned from wearing the shirts. 👀 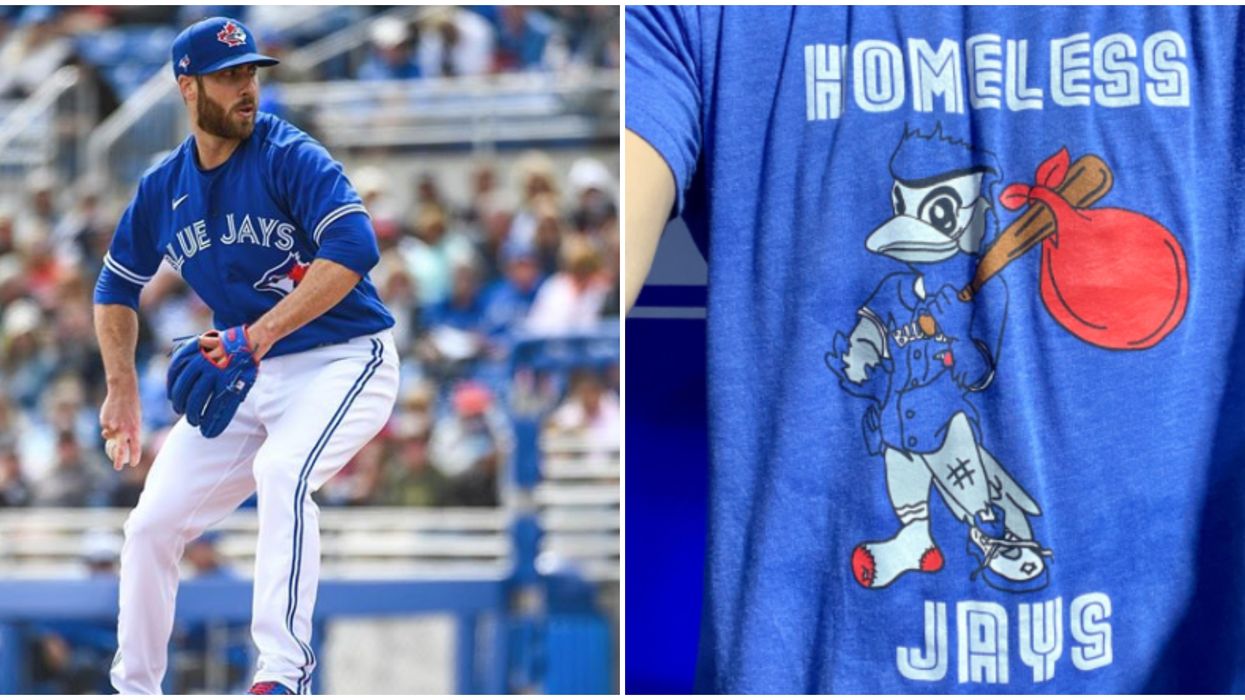 Nothing says Canadian sportsmanship like a heartfelt apology. The Toronto Blue Jays are saying sorry after a t-shirt worn by several players received criticism for being offensive. The tongue-in-cheek graphic featured the words "Homeless Jays" and a cartoon Blue Jay with tattered clothing and a sack of belongings.

The shirt, which jokes about the fact Jays didn't have a stadium to call home for a while this season, caused a stir among fans who thought it to be in poor taste.

According to TMZ, the team has now barred players from wearing the shirt.

"The Blue Jays take accountability for ensuring negative stereotypes are not perpetuated and for supporting marginalized groups in our community," the team said in a statement to CBS Sports.

"The club has addressed the issue of the T-shirts with our players, and they will not be worn again."

"We recognize the severity of the homelessness crisis in Toronto and throughout Canada and apologize for a lapse in sensitivity towards this important matter."

The t-shirt controversy adds to the list of hardships the team has faced this year.

The Blue Jays were recently forced to search for a temporary home after they were denied clearance to play in Toronto due to ongoing border restrictions with the United States and Canada.

The Jays then faced two separate rejections on their journey to locking down a stadium.

The Baltimore Orioles and Pittsburgh Pirates both turned the team away, forcing them to settle in Sahlen Field in Buffalo.

Meanwhile, Toronto has become one of two hub cities for the NHL.

The Leafs were able to quarantine at the Fairmount Royal York and play home games in their city before getting eliminated by the Columbus Blue Jackets during the playoffs.