Beats taking your dog for a walk 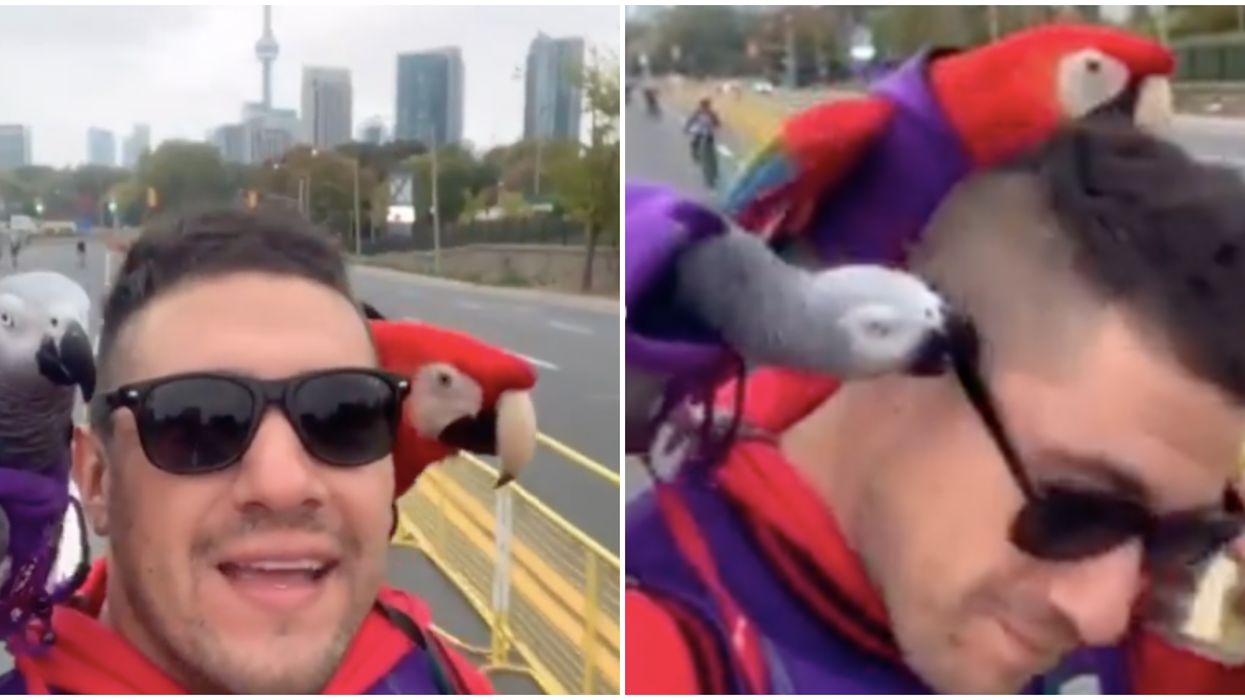 One bizzare Toronto Fleetwood Mac challenge featuring parrots is the best thing you will see today.

The video shows a guy cruising down Lakeshore Boulevard with two parrots perched on his shoulders, with birds (and their human) decked out beak-to-claws in Raptors gear.

This Fleetwood Mac challenge is full-on Toronto appreciation, with the CN Tower in plain view in the back, the jerseys, and cruising down the ActiveTO path.

The soothing tune along with footage of the parrots casually headbanging is the feel-good vibe we all need right now.

Some of the clips show the feathery pair nipping at their owner's sunglasses while bikes can be seen cruising behind them on the path.

The video comes from Instagram account of marvelandcapcomcruz, two birds named Marvel, a Congo African grey parrot, and a scarlet macaw named Capcom, who make public appearances across the city with their person, Jason Cruz.

According to an Instagram post, the parrots got their Raptors swag from an independent bird fashion brand, Avian Fashions.

But they aren't the only ones who participated in the challenge.

The video's inspired by an American TikTok sensation named Nathan Apodaca who ended up gettting a free truck from the maker of the juice he was drinking in his version.