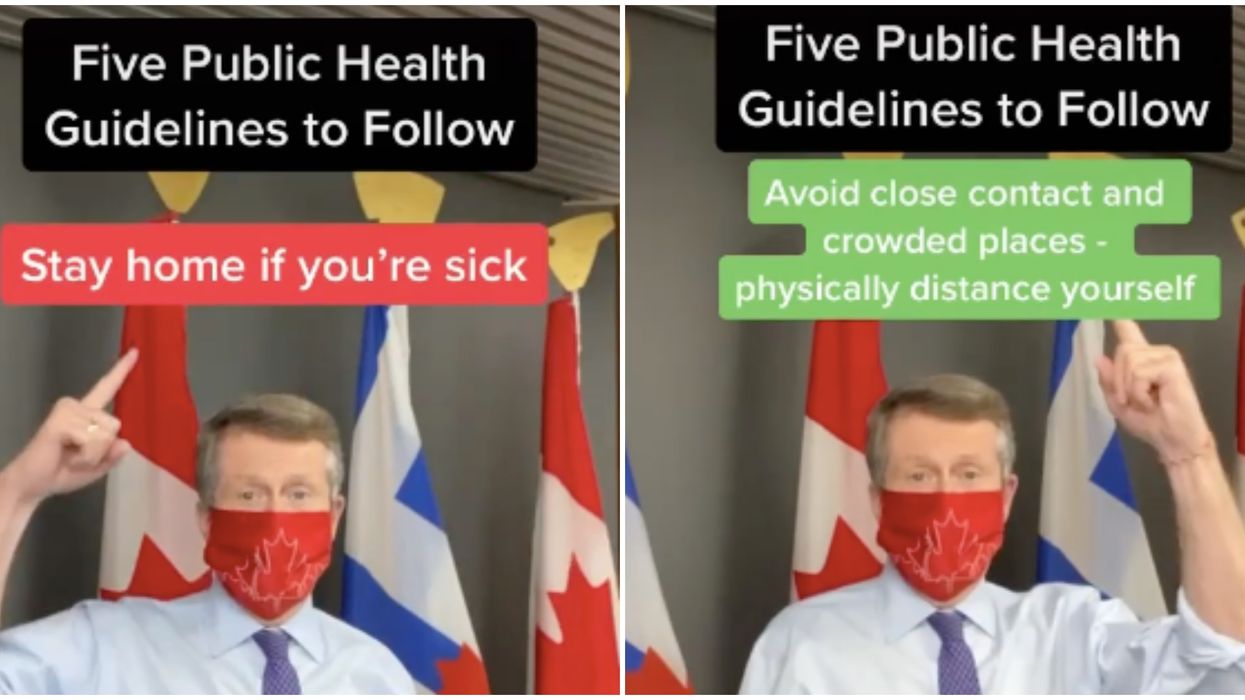 The first video with Tory performing in it was posted to the account last night  — and some say it lacked enthusiasm.

Tory spoke to CP24 about his new TikTok project and his determination to improve.

Editor's Choice: An Ontario Woman Broke Quarantine To Go Work After She Had Been Travelling Abroad

"I'll get better at them. Have some faith."

Tory first hinted at this idea back in mid-August, saying it was a strategy that the City was considering to connect with young people.

"Beyond our usual communication methods, [..] we are exploring how we can get the message out to young people, including using TikTok or any other platform we know that can more effectively reach the younger people," he said in a media briefing.

Maybe Tory can take some pointers from NDP leader Jagmeet Singh, who has over 476,000 TikTok followers.

If he really wants to get people's attention, Toronto's mayor might want to get on a skateboard and play some Fleetwood Mac.