Where was the premier?! 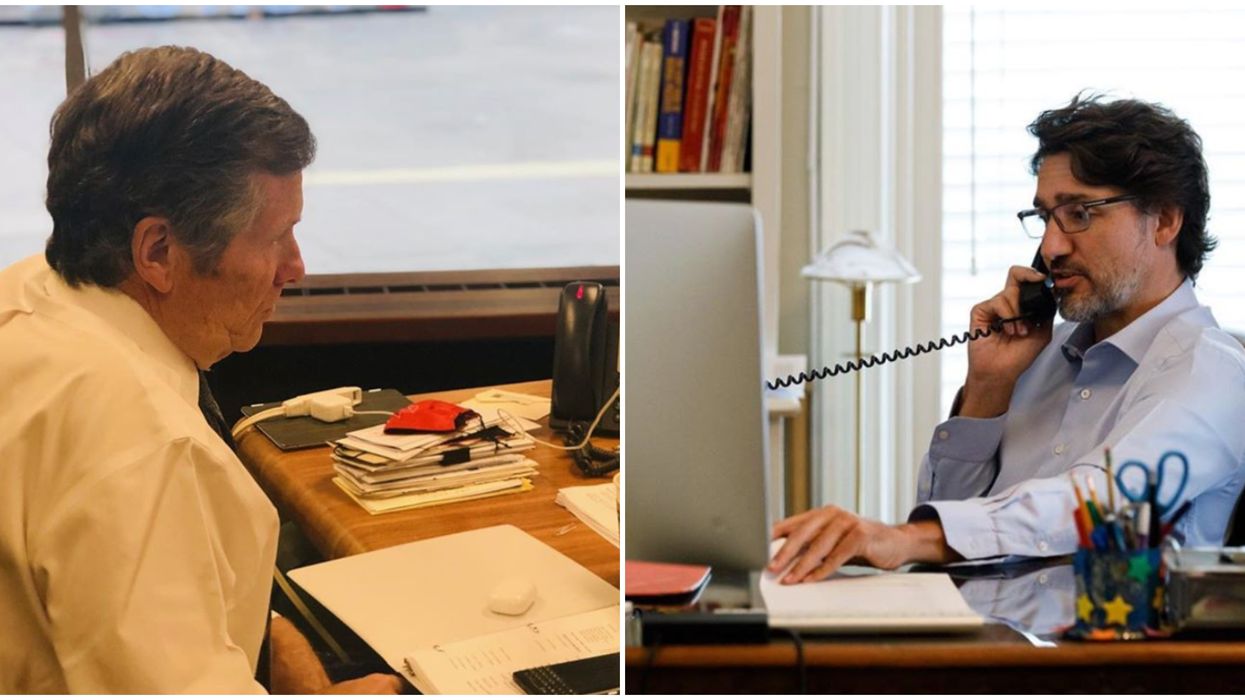 On Sunday, Toronto's mayor joined forces with the Prime Minister to talk COVID-19 strategy in Toronto.

John Tory and Justin Trudeau got on an afternoon phone call to discuss how their respective governments "can work together to stop the resurgence of COVID-19," tweeted the mayor.

Trudeau tweeted out his thanks to Tory for the productive chat.

"With cases rising across Toronto, we spoke about contact tracing, rapid housing, and the unique challenges facing big cities right now - and I asked what more we can do to help," said Trudeau.

But, where was Doug Ford?

As premier of Ontario, he is supposed to be the lead on health issues related to the province, including Toronto.

Though there is no word on whether Ford was invited to join the high-level chat, it comes at a time when Ford is under increasing pressure as cases rise to record levels.

According to Ford's social media, the premier spent the day paying his respects to firefighters who have lost their lives in the line of duty.

An hour before Trudeau’s tweet, Ford tweeted out his Fall Preparedness Plan to combat future waves of COVID-19.