The figures are holding signs like "hungry for customers." 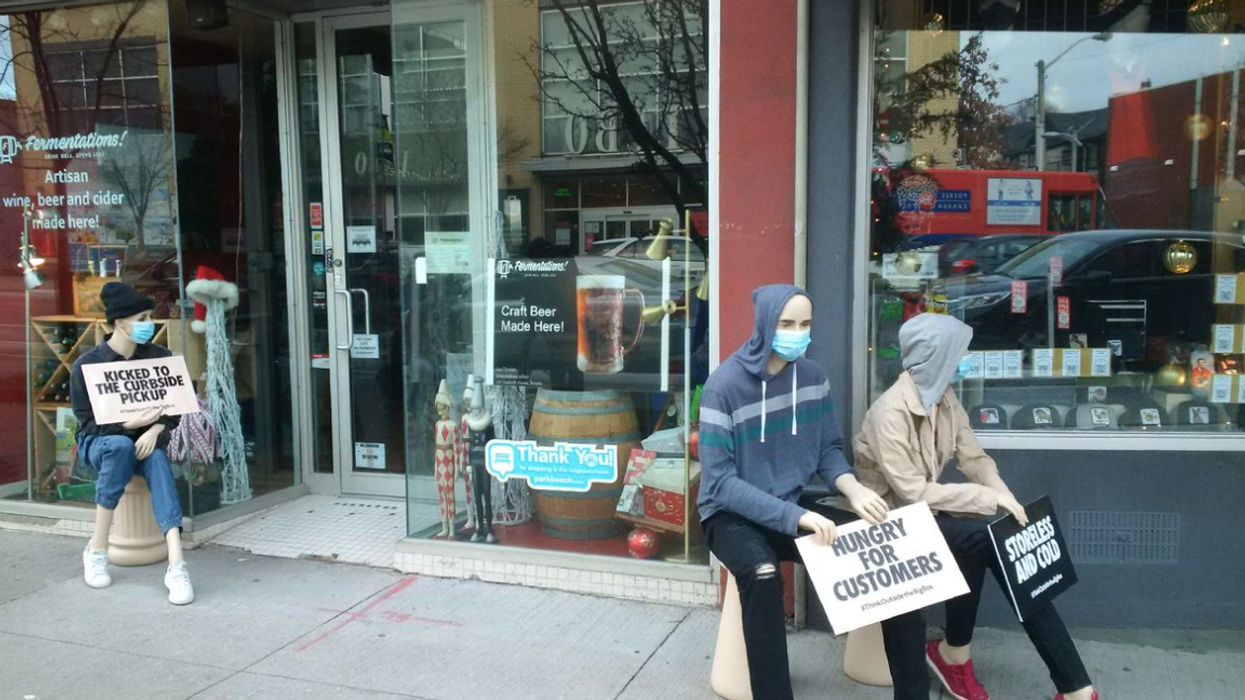 As many small businesses were forced to close their doors during the lockdown, Toronto mannequins are now taking a stand.

Hundreds of local bars, restaurants and stores have been struggling to stay in business during the lockdown, a grim reality that owners are now coming together to fight.

The Danforth Village sent out an eerie message to residents on Tuesday, one that involved mannequins.

Faceless figures could be seen lined up on the sidewalk of Greektown holding signs, in a protest against big box stores.

According to the Broadview Danforth BIA, some signs read "hungry for customers" and "kicked to the curbside pickup."

The out of work models were set up as part of a demonstration called "Begging Mannequins," which was created by Zulu Alpha Kilo.

The hashtag #ThinkOutsideTheBigBox was also created in an effort to convince Torontonians to shop local during these trying times.

Big box retail stores such as Costco, Walmart, Canadian Tire and Home Depot have all been allowed to remain open for indoor shopping, due to the fact that they all offer some essential items.