Toronto Was Totally Covered In Snow Overnight & Conditions Could Be Dangerous

Be careful out there! 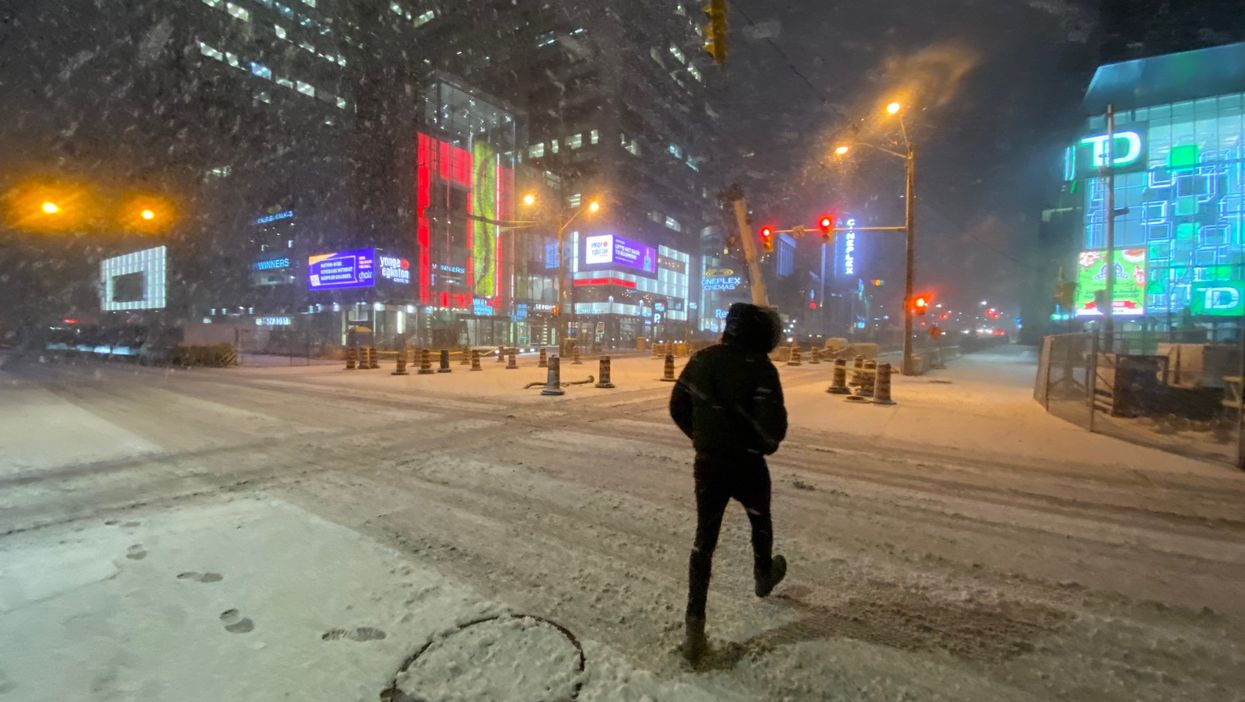 While most of us slept soundly, Toronto was being covered in a fresh layer of snow.

Environment Canada has issued a warning to Toronto, along with other parts of Ontario, due to the snowfall.

They warn of slippery conditions and reduced visibility.

Editor's Choice: A Toronto Man Got Sent A Box Of Water In A Meal Kit & He'd Like Some Answers

Travel may be hazardous for a few hours in the morning due to rapidly accumulating snow, slippery conditions and reduced visibility. Environment Canada

Two to five centimetres of snow are expected in the GTA, with flurries stopping mid-to-late morning.

Once the flurries stop, temperatures are expected to rise above freezing again and precipitation will be mixed with rainfall, possibly improving travel conditions.

The GTA saw a decent amount of snow last week when approximately five centimetres fell over the region.

Drive slow, take caution, and be safe out there, Toronto!