The label is very helpful, thanks. 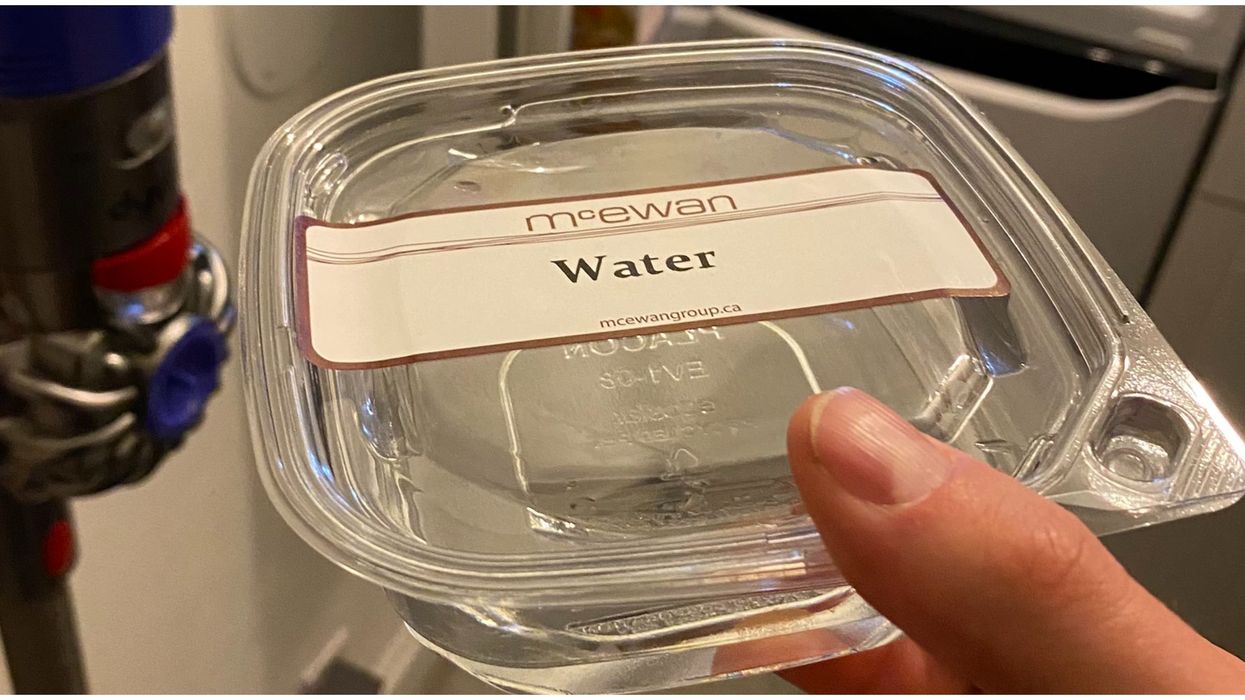 Meal delivery services can often make cooking a lot simpler by separating and pre-portioning each ingredient, but one Toronto man is wondering if there is such a thing as too much pre-packaging.

Taylor Rivers posted a photo of this Toronto meal kit containing water in a tweet on December 8.

Rivers, a filmmaker and comedian in Toronto, said the packaged water was provided as part of a virtual cooking class his friend had ordered, to be used for a pan-roasted artisan Cornish hen recipe.

my friend ordered a meal kit and this was one of the packaged ingredients... we all deserve to die https://t.co/6IYLwsowFH
— Taylor Rivers (@Taylor Rivers)1607448829.0

Jessica Rodrigues, Director of Communications for The McEwan Group, which manufactures the meal delivery kits, told Narcity over email that the implications of the tweet were out of context.

Rodrigues explained that the package was created in partnership with a client who asked that all parts of their recipe be included in the mail-out.

"They essentially asked that we assume nothing," Rodrigues said.

"This was a one-off and our team has ensured food is packaged properly to avoid any food wastage and to ensure proper safety precautions during this time," she added.

Rivers said he did not get to taste the water before his friend used it all in the recipe.