She reportedly saved the lives of the two young boys she was caring for. 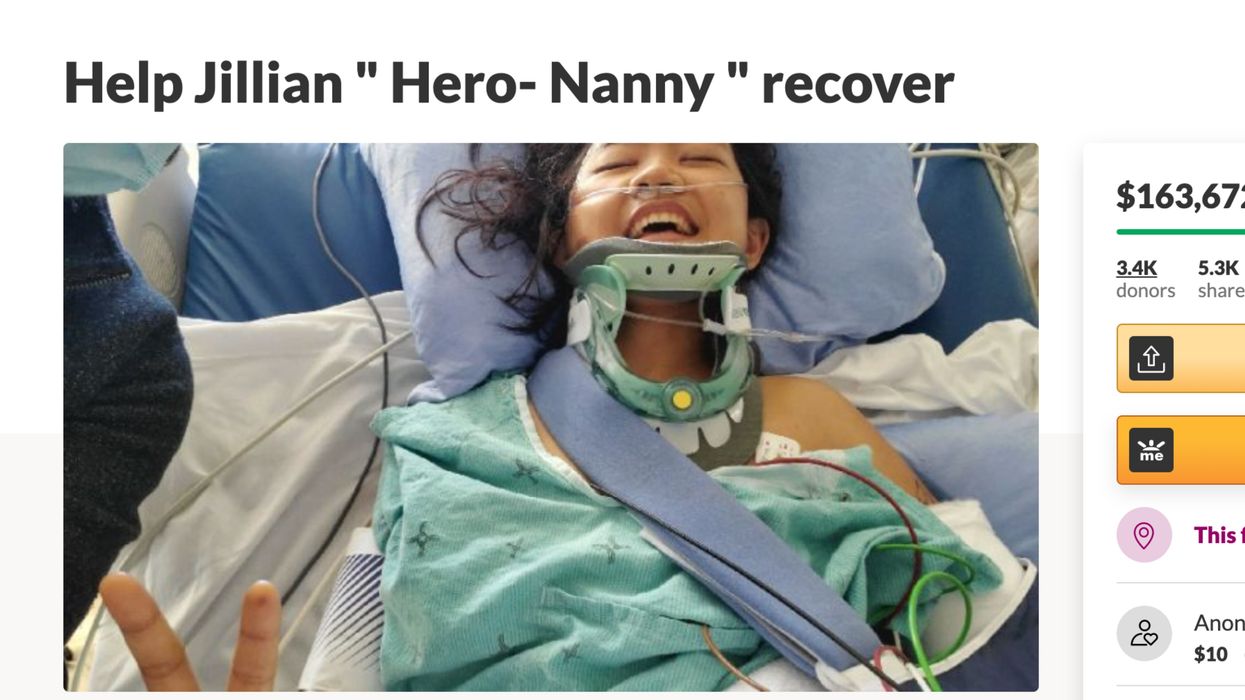 Canadians across the country are rallying to raise money for Toronto's "Hero Nanny."

Over $150,000 has been raised to help pay for the extensive surgeries needed for Jillian Mendoza, a Filipina nanny who has been praised for protecting two small children in her care from a car.

According to CP24, the car drove up onto a St. Clair Avenue sidewalk on Wednesday, February 24, and Mendoza had to push the two boys she was caring for out of the way at her own expense.

Her friends set up a GoFundMe to cover the cost of her surgeries — she's already undergone six of them — and the story seems to have touched the hearts of all kinds of Canadians.

Over 3,400 people across every province and territory in the country have provided donations, according to a GoFundMe spokesperson.

All the money donated will go straight to Mendoza's bank account, her friends say, and help support her daughter, Ohana.

As of Wednesday, March 3, Jillian is "recovering well," according to the GoFundMe page, but the road to recovery is still a long one.

"But ... I wasn't surprised that she acted heroically and saved the lives of the boys she cares for," an organizer of the GoFundMe page says.

"I know how deeply she loves the children she is taking care of."