His love of hockey started at Scarborough Town Centre! 💙🏒 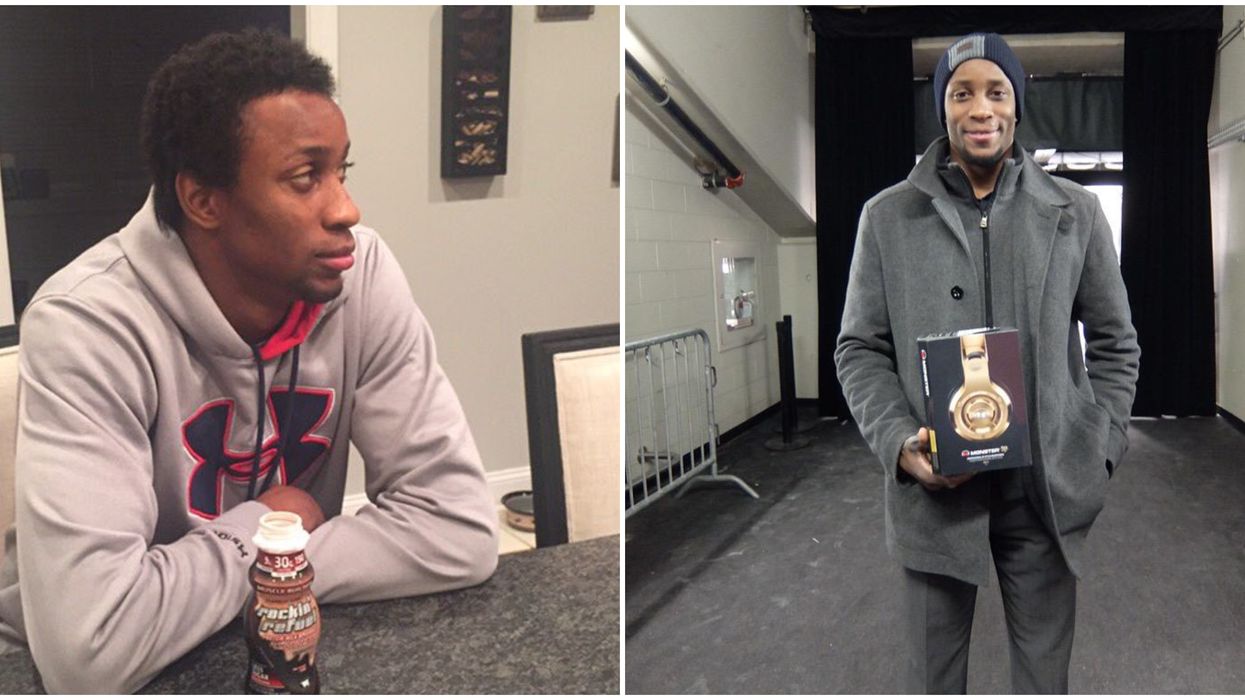 Welcome home! Toronto native Wayne Simmonds is returning to his roots after signing with the Leafs during this year’s free agency frenzy.

The winger signed a one-year deal for $1.5 million and joins the likes of John Tavares, Jason Spezza, and most recently TJ Brodie, who also returned home to play in Toronto as unrestricted free agents.

Simmonds' new teammates Marner, Hyman, Andersen, Spezza, and Nylander have already reached out to welcome him.

And fans are excited to see what a tough player like Simmonds can do here in Toronto on a team that’s been criticized for not having enough grit.

But it’s Simmonds himself, who was born and raised in Scarborough, that seems the happiest about his return.

If you don't love this player already, his feelings for Toronto and his off-ice initiatives will surely win you over.

Editor's Choice: You Can Explore Over 1 Million Lights At Toronto’s Magical Christmas Drive-Thru

He's only got eyes for Toronto

Having grown up in the 6ix, Simmonds was keen on returning to his hometown. So keen, in fact, that he left more money on the table in Montreal to play for the Toronto Maple Leafs.

He got married at Toronto's Four Seasons Hotel

In the summer of 2018, Wayne and his wife Crystal tied the knot and the ceremony looked incredible.

Whether he's celebrating his dogs' birthdays or taking his baby Kori to hang out with Uncle PK Subban, Simmonds looks like he's got the Dad thing down.

He has many fond memories at Scarborough Town Centre

In a post from The Players Tribune, Simmonds shares some of his sweetest and earliest Toronto memories, like having his dad take him skating behind the Scarborough Town Centre.

It was in that very spot, at six years old, when Wayne decided to get into hockey.

"After that, it’s all I thought about. I kept telling my parents how bad I wanted to play, but I had no idea how expensive it was," he wrote.

"My dad was a construction worker. My mom was a secretary. They had five kids in the house to feed. Hockey was too expensive. It was way too expensive, actually. It was crazy."

"But they signed me up anyway."

He made his NHL debut in LA

A second-round draft pick for the Los Angeles Kings in 2007, Simmonds has since played for teams like the Philadelphia Flyers, Nashville Predators, New Jersey Devils, and Buffalo Sabres.

Support the Hockey Diversity Alliance by purchasing your own #ChangeHockeyCulture apparel. Grab your gear at… https://t.co/BUonmmww5d
— Wayne Simmonds (@Wayne Simmonds)1593192180.0

His nickname is "The Wayne Train"

Now you know how to cheer him on properly when you watch the games. All aboard the Wayne Train, choo-choo!