It has so much booze, you can't order it alone.🍹 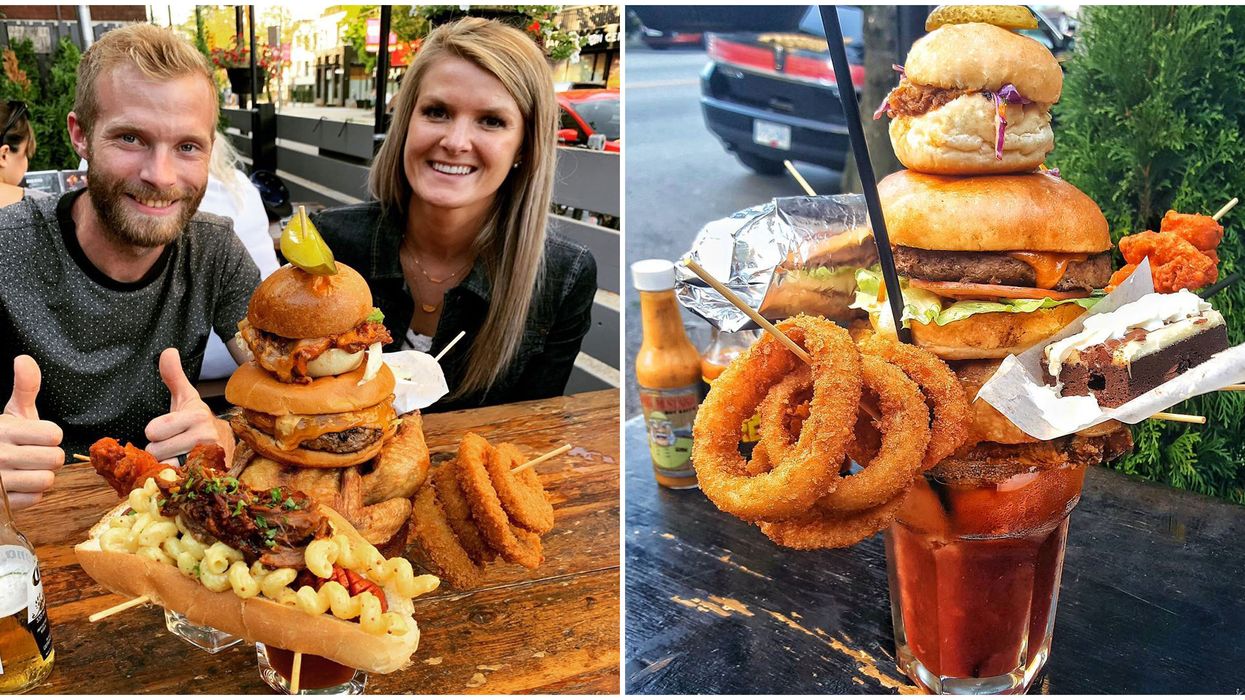 When it comes to cocktails, we say the bigger, the better! If you are searching for the best caesars in Vancouver, we know just the spot. Score on Davie sells boozy beverages so massive, you'll need a friend to help finish it.

The towering beverage might be popular in Toronto, but it's from Vancouver, and the first one ever was made here on Davie Street in 2014.

On the menu, there are two gigantic options to pick from: The Checkmate and The Grande. According to the bar's general manager, it is "definitely not something you would want to tackle on your own!"

They are supersized versions of regular drinks that have gained international attention.

But make sure to order it only if you are starving. Both come with a garnish that is a feast for two.

Editor's Choice: Vancouver Island's Most Romantic Tiny House Airbnb Is So Close To The Ocean

What is the Checkmate Caesar?

The Checkmate is a caesar with four ounces of booze and spicy mango hot sauce. The toppings include all the classic comfort food you crave. There is a beef burger, pulled pork slider, onion rings, chicken wings, and a pulled pork mac and cheese hot dog. Plus, there is a brownie with whipped cream.

The Grande is just as epic. It somehow manages to balance a cheesy nacho bowl, fried chicken sandwich, a juicy 14-oz burger, mac and cheese balls, corn dogs and a heavenly peanut butter pie slice over the drink.

If you need a substitution for dietary reasons, they will do their best to accommodate your request.

Why is it called a Checkmate?

Would you believe the name came from a social media joke? According to Score On Davie, "one guy decided to photoshop all this food on a small glass, it looked outlandish and hilarious, and he said beat this."

Later, after figuring out how to stack food over a drink, Score replied to the individual, with a photo and the caption saying "checkmate."

But followers of @scoreondavie on Instagram didn't realize it was a joke. The following day, people came hoping to try the beverage. So one week later, The Checkmate appeared on the menu. In response to the popularity of the towering cocktails, The Grande was added four years later.

Where can you try it?

Both are available at Score on Davie in Vancouver at 1262 Davie Street, or in Toronto at 107 King Street E.

Both beverages are $60, and you can't purchase it if you go solo. According to the bar, "by law, because of the four-oz of alcohol, it must be shared." It is up to you how many people you want to split it with, but two to three people would be best.

If you can't get a friend to go with you, they also sell individual-sized versions that come with delicious toppings like deep-fried pickles, grilled cheese sandwiches, or even tater tots.

Why You Need To Go: For $60 you can get tipsy and stuffed with your BFF.