Police have released the photos, names and ages of the six men. 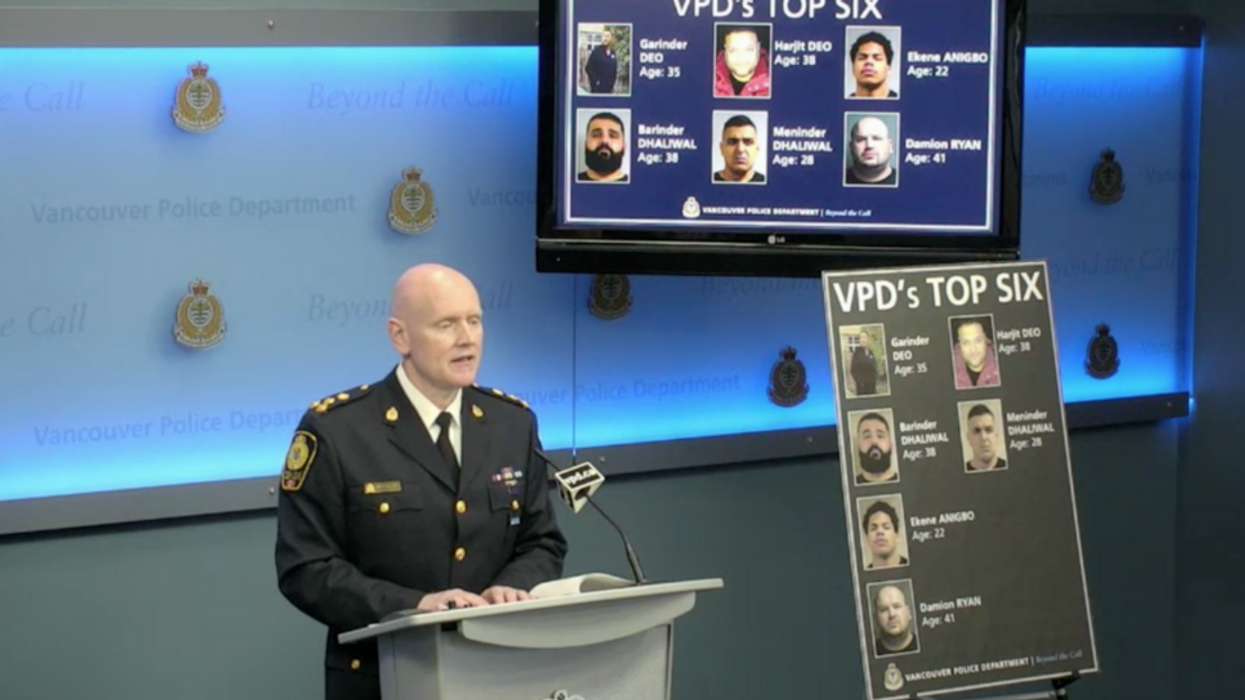 On Monday, May 17, Vancouver Police held a press conference where they released the photos and names of "six dangerous gangsters" who are believed to pose a serious risk to public safety in the area.

"Gang violence continues to be a prominent public safety issue in Metro Vancouver. There have been numerous reckless, brazen acts of violence that threaten the safety of innocent bystanders," said Chief Constable Adam Palmer.

He said that he wants all Vancouverites to know the faces of these people in order to keep their distance.

He went on to say that the risk to the public is because he believes that they may be targeted by rival gang members. "My greatest concern right now, related to the ongoing gang violence, is that an innocent bystander will be hurt or killed during a shooting targeting a gangster."