Glad the airport has some use! 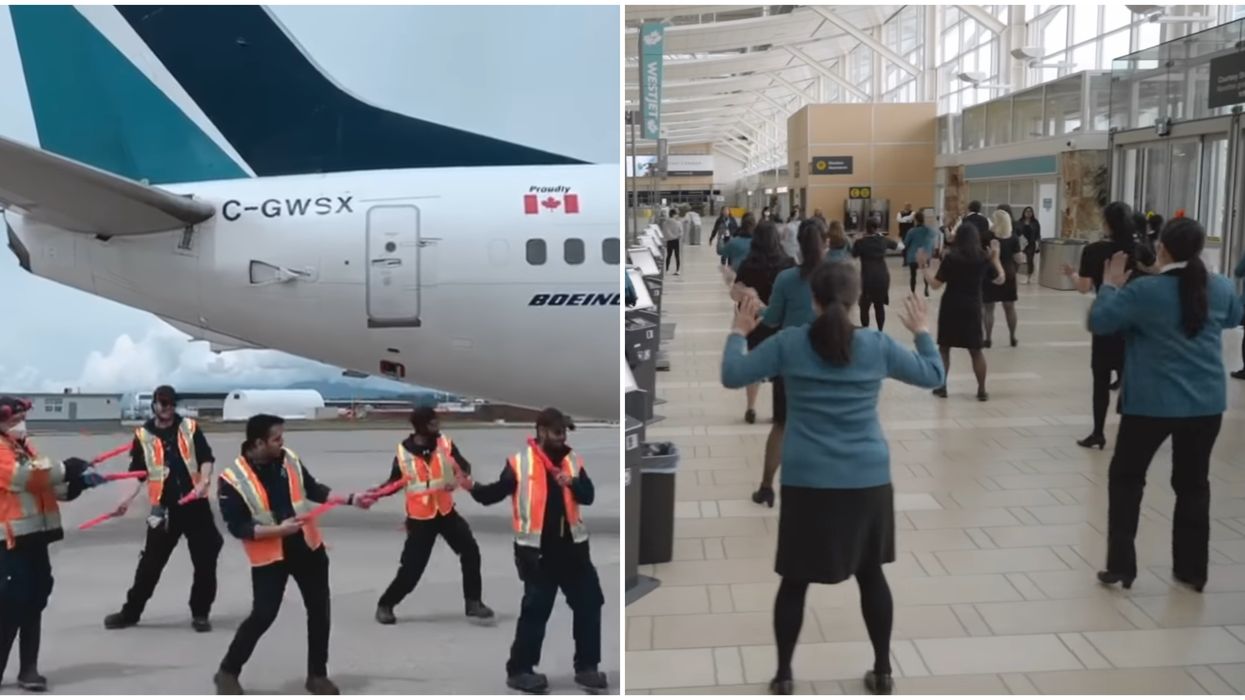 If you were wondering what airline staff are doing these days now that airports had emptied, wonder no more. Because they're obviously holding huge dance numbers. For one day, YVR airport turned into a scene from a musical when Westjet staff took over the whole building.

In a video posted to YouTube on Saturday, June 20, a whole (socially distanced) crowd of WestJet staff burst into an impromptu, impressively coordinated dance number in the empty airport.

"It was probably my greatest achievement so far," joked filmmaker Carlos Lobao to Narcity. He worked with a grassroots team of 60 WestJet staff to make the video. "It's my only video on YouTube."

The video starts with an announcement about social distancing played on the intercom as the camera pans over the empty airport. A WestJet worker was shown shaking his head at a flight departures board almost empty of itineraries.

Suddenly, the beats of Meghan Trainor's Me Too start blaring and the man turns around to see a stream of WestJet staff walking proudly into the departure bay.

The unexpected music video merges scenes of dancing both inside the airport and even outside by the runway.

The video itself was shot over four hours on Sunday, June 14. Lobao said the staff had been training for hours in preparation, but the actual dance went super smooth and finished earlier than expected.

And, because the airport was so empty, they were even able to shoot outside without messing with traffic.

"There's a YVR manager that helped us while we were shooting, they're pretty nice people," he said.

"There was just maybe two or three people at a certain time, you know? It was so dead at the airport," he said. The people who were around flocked to watch the flash mob, many recording their sick moves on phones.

Lobao said it was a super fun experience overall, and helped to cheer up the staff, many of whom were out of work over the pandemic.

"People just messing around with each other. It's a pretty good experience," he said. "Everybody was happy."