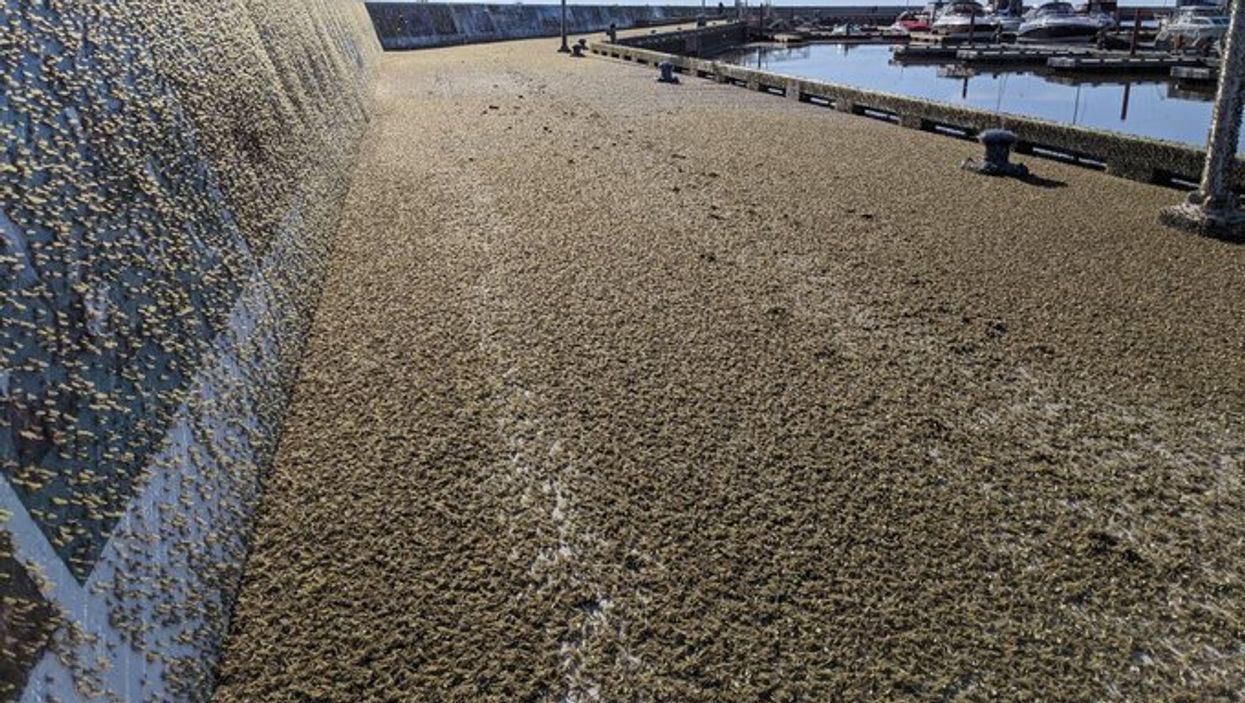 Could you live here? Swarms of fish flies in Gimli, Manitoba have landed this year once again and this isn't for the faint of heart. As if the sheer number of them isn't bad enough, the bugs even smell like fish.

In Gimli, insects called fish flies take over the community every year usually around July when they come out of the water and land on pretty much any available surface.

People have shared on social media that the harmless bugs are back again along the waterfront of Lake Winnipeg.

One person posted a photo on Twitter of the infestation at Gimli Harbour on July 20 and said, "we need some wind."

The bugs are actually burrowing mayflies but they're called fish flies because they smell like fish.

They spend most of their life underwater and have a really short life span when they come up to the surface. It's only about two days.

So, after they come out of the water in swarms, they die pretty quickly which leaves the waterfront and other parts of the community completely covered in dead bugs.

Sometimes there are so many of them that people have to use shovels to get rid of them.

Terry Galloway, an insect expert with the University of Manitoba, told the CBC that they're special bugs.

"If it wasn't for the big pile of stinking mass on your property, you have to admire these things. They really are extraordinary insects," he said.

They can live for years underwater because they have gills.

They don't even have mouths.

While these critters come out of the water every year, Galloway said that environmental factors like storms and wind can impact the number of fish flies that swarm.

These aren't the only bugs that Canadians have to deal with and are definitely not the most dangerous.