"Our jaws are on the floor!" 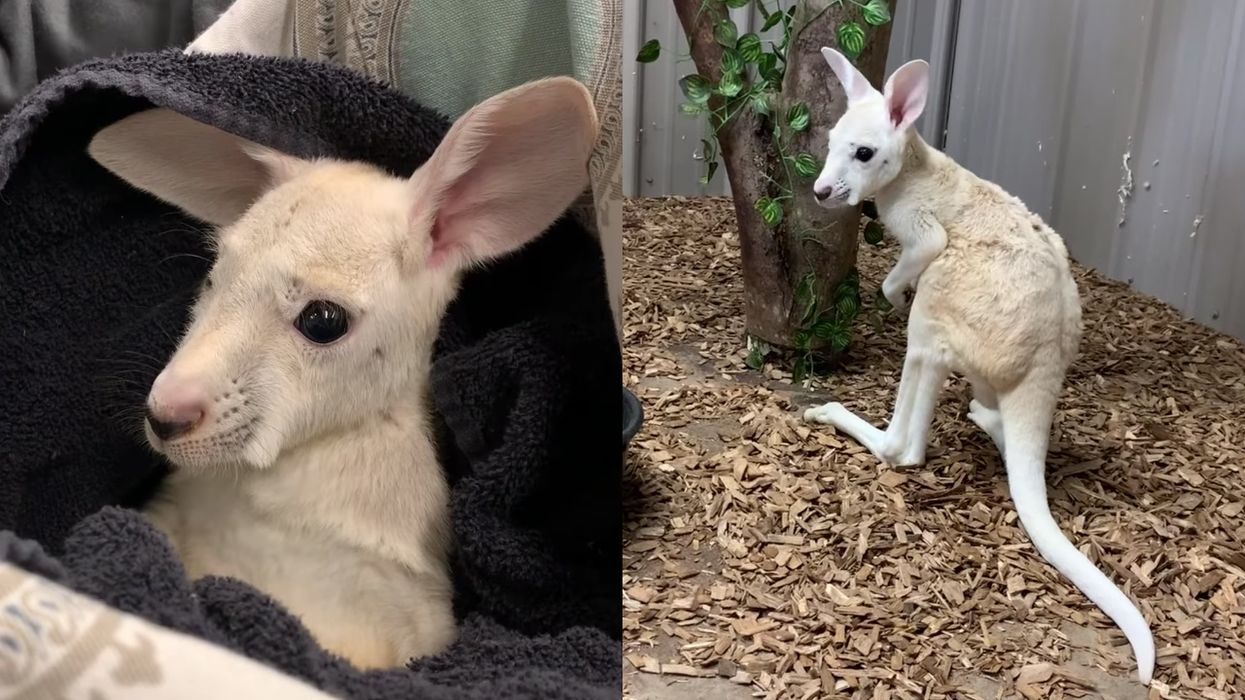 A baby kangaroo was recently born at an animal park in New York and there's something super special about him.

Cosmo was born in early January at the Animal Adventure Park in Harpursville and employees were blown away when they saw his rare white color.

We are not aware of any leucistic red kangaroo in the United States, proving just how rare this occurrence is!  Animal Adventure Park

The joey, who is actually a red kangaroo, has a mutation that caused him to be born totally white.

Contrary to what you might think, Cosmo is not albino — he is a leucistic red kangaroo.

According to the park, the difference is that Cosmo still has black color pigmentation in his eyes rather than the normally anticipated red-eyed albino mutation.

The little joey is perfectly healthy, despite his exceptional coloring that makes him even more adorable.

A post on the Animal Adventure Park's Instagram shows Cosmo meeting his dad, Boomer, who has the typical coloring of a red kangaroo.

Once the Animal Adventure Park reopens in the spring, visitors who are looking forward to seeing the roos will be in for a special treat.

The Amur tiger cub is a part of an endangered species!

The Toronto Zoo opened up a special exhibit today with Amur tiger cub on display for the first time in years.

Starting July 12, visitors can take a daily peek at the adorable cub from 10 a.m. to 5 p.m. in the Amur tiger habitat.