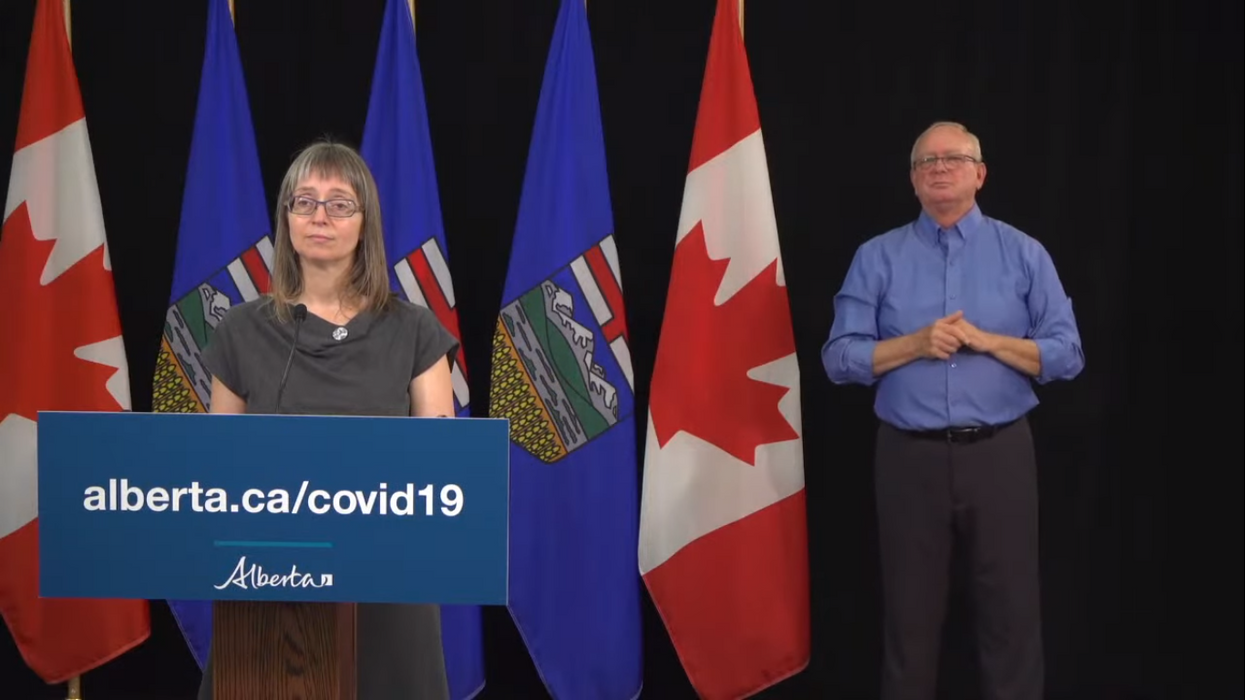 The rising number of active Alberta COVID-19 cases is concerning Alberta's top doctor. On Thursday, July 23, Dr. Deena Hinshaw, Alberta's Chief of Medical Health, addressed the public on the latest COVID-19 numbers. She said that the hospitalization rates are close to where they were back in April.

The disease was thought to have reached its peak in late April, after which the COVID-19 curve began flattening, confirmed Jason Kenney in a press conference at the time.

But it seems like high hospitalization rates have been making a comeback in the middle of July.

According to the Government of Alberta, the hospitalization rate as of Monday morning, July 27, is at 95.

If you look at numbers released in the late-April period, it's quite similar. A COVID-19 update on April 27 said that 87 people were currently hospitalized at the time.

A few days later on April 30, 90 people were hospitalized in the province due to COVID-19, read the update.

As of Morning morning, July 27, there are 21 patients admitted in intensive-care units, whereas 22 people were in ICUs on April 30.

Following a couple of months of relatively low numbers in terms of active cases and hospitalizations, it seems that COVID-19 cases in Alberta are creeping up again.

Speaking on the surge of active cases and hospitalization, Dr. Deena Hinshaw said she wanted this to be a warning for Albertans.

"This is yet another reminder of how serious this virus can be," she said in the press conference.

She also added that the current rate of hospitalization on Thursday, July 23 had been approaching the highest number they've ever had.

"Our current acute care utilization is approaching the highest number of admissions on any single day that we have had…which was a peak of 113 overall hospital admissions on April 30, and specific to ICU, 23 admissions on May 1."

Since her press conference on Thursday, the hospitalization rate has reduced from 106 to 95. But the numbers still mirror what the province experienced at the peak of the disease.

"This needs to be a wake up call. I am very concerned by these numbers," she said.