Check your change for this coin. 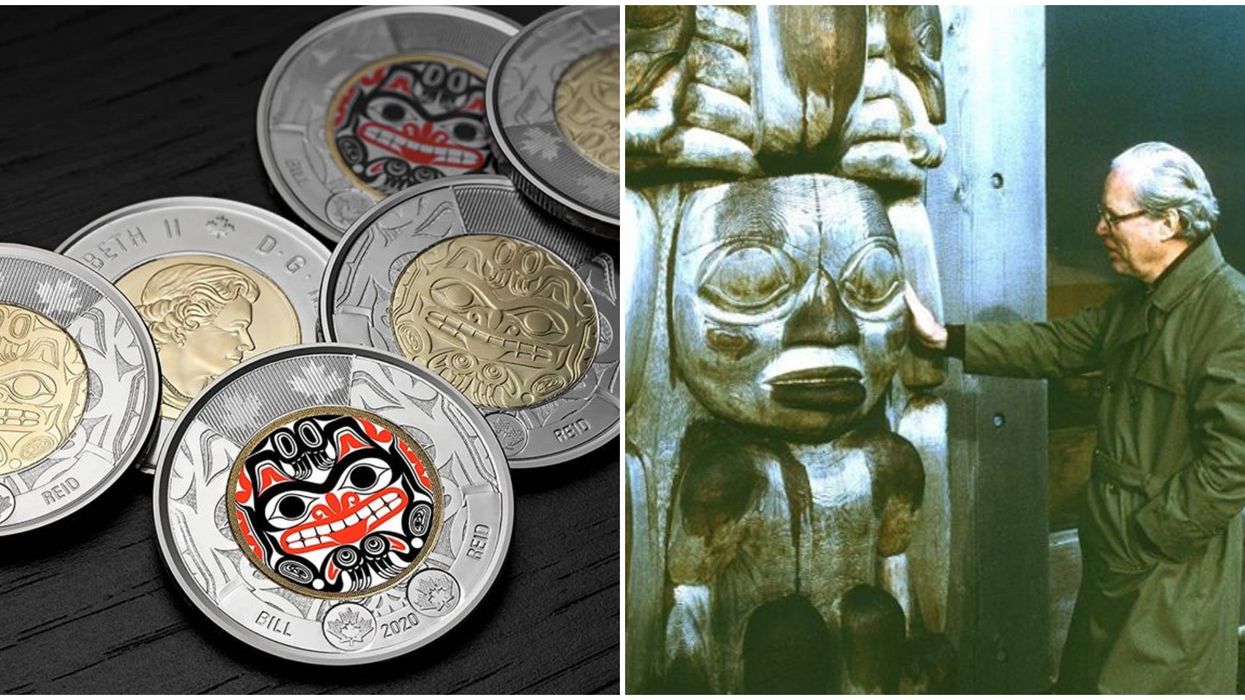 You might get this beautiful coin in your change soon! Keep an eye out for it. The Bill Reid toonie that's now in circulation features his stunning Haida art. The red and black image is one of his most well-known pieces.

The Royal Canadian Mint has just released a commemorative $2 coin to honour Reid (Iljuwas) on what would've been his 100th birthday and celebrate his legacy.

It features Xuu.ajii, the Haida Grizzly Bear, which is a symbol of strength that first appeared on a ceremonial drum back in 1988 and is one of Reid's most iconic pieces of art.

The Mint said that this was Reid's favourite character and was used often in his jewelry designs and sculptures.

The coin was put into circulation on July 28 so it could show up in your change pretty soon.

According to the CBC, the toonie was set to launch in B.C. earlier in the year but it was postponed because of the pandemic.

If you don't want to wait to get it in your change, you can buy keepsakes of it online.

There's also a version of the coin that's one ounce of pure gold. However, it costs a lot of money!

Reid was born a member of the K'aadasga Kiigawaay Raven Wolf Clan of T'aanuu and grew up in Victoria, B.C.

He lived from 1920 to 1998 and showed people the Haida culture through his art.

According to the Mint, his body of work includes 1,500 different pieces from jewelry to prints and the large carvings and sculptures that he's most known for.

"The greatest impact of my grandfather's artistic legacy is that he reintroduced our Haida art in a classical form to the world, and through that, bridged cultures," said Nika Collison, executive director of the Haida Gwaii Museum, in a news release.

Three million of these coins were minted and two million of them feature the Haida Grizzly Bear in red and black, colours of Haida artistic tradition.

The rest are uncoloured.

The Mint releases lots of unique and commemorative coins.

Recently there have been ones with gingerbread people and Christmas cookies, ones to celebrate the Raptors and ones shaped like diamonds.