There are four separate charges. 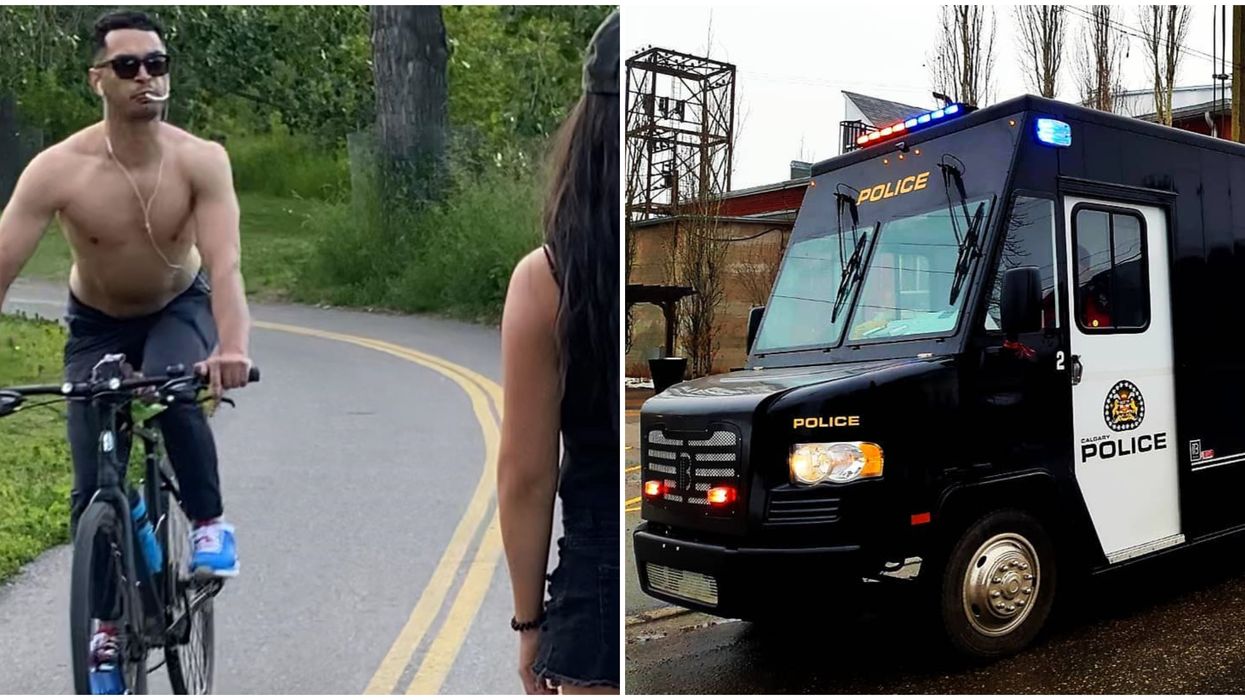 After a video of an unknown Calgary cyclist spitting on passersby and yelling racial slurs went viral, police now say they've arrested and charged the man.

In a statement over Facebook on Monday, July 20, the Calgary Police Service announced that 31-year-old Calgary resident Justin Riaz Williams had been taken into custody.

The offender, while unprovoked, allegedly spat on at least three separate individuals and used racial slurs.

On Sunday, July 19, Williams was taken into custody and charged with "three counts of assault and one count of possession of a weapon dangerous to the public."

The incident is currently being investigated by the police hate crimes coordinator, with potentially more charges to come, they wrote.

The original video got almost 10,000 likes on Instagram in just two days, after being posted on Saturday, July 18, with tons of support for the victims involved.