It's bursting with adorable holiday vibes! 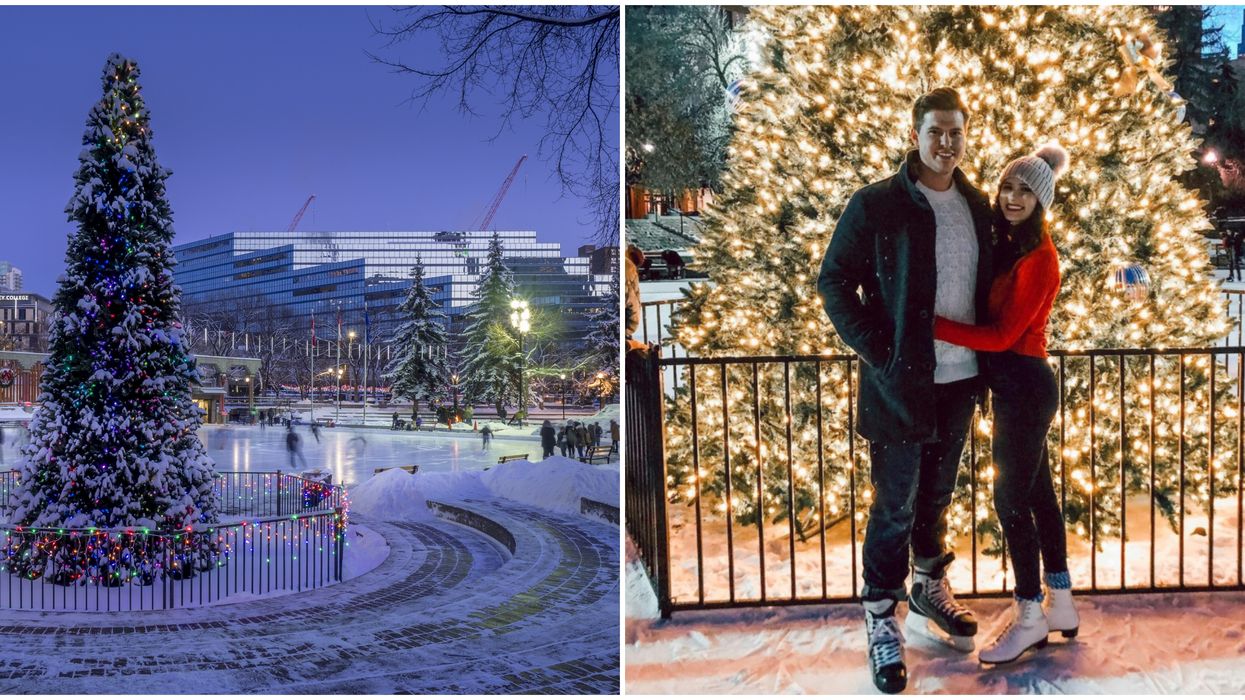 Every year Olympic Plaza in Calgary turns into the city's own little version of New York's Rockefeller Center.

There are tons of twinkle lights, a giant illuminated Christmas tree, and so many smiling faces.

The ice skating rink opens in mid-November each year and is open daily from 10 a.m. to 9 p.m. There are even skate rentals onsight.

Skating is free of charge City of Edmonton

If you surf through the stunning photos online, you'll come across a few engagement shots because it's truly one of the most romantic spots in the city.

A perfect date idea or night out with friends. Bring some hot chocolate and get ready to dive head-first into the Holiday spirit.

While the official opening date has not yet been announced, we can expect it to re-open any day now.

You better get those skates sharpened, because it's time to take a trip to little New York, AKA downtown Calgary.