He said that it could open "pretty soon." 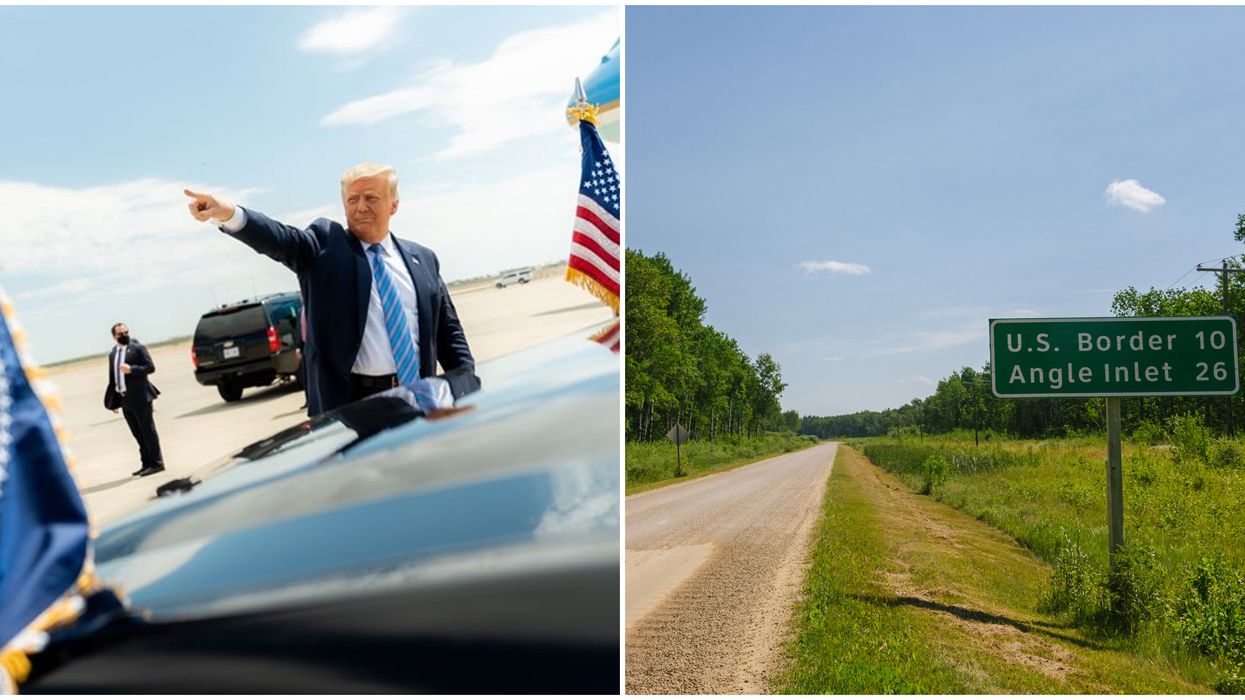 Well, this is quite interesting. According to U.S. President Donald Trump, the Canada-U.S. border closure isn't wanted by our country and restrictions could end soon. However, Canadian officials have said that decisions on the border will be made based on public health advice.

As the U.S. president was leaving the White House on September 18, he was asked about the situation with the border restrictions between the two neighbouring countries.

"We're looking at the border with Canada," he said. "Canada would like it open, and you know we want to get back to normal business."

Trump went on to claim that the border would be opening again "pretty soon" but he didn't give any timeline of when that would be.

Editor's Choice: 7 Scenic Routes Across Canada Where You Can See Breathtaking Fall Colours From Your Car

He said this as it was announced the restrictions on non-essential travel would stay in place until October 21.

Minister of Public Safety and Emergency Preparedness Bill Blair noted in the announcement that the decisions on the border will continue to be based on public health advice.

Before the extension was made, there were reports that the border could continue to be closed until November.

With non-essential travel between the two countries being banned since March, this latest extension of the restrictions means it'll be seven months of the border being closed.

There are more deaths south of the border than there are cases in Canada but the U.S. does have a much larger population.

In May, Chief Public Health Officer Dr. Theresa Tam was asked about travel restrictions and she said that the U.S. posed a risk to Canada because of their high case counts.

A month earlier, Deputy Prime Minister Chrystia Freeland  responded to claims by Trump that the border between the two countries would be one of the early ones to reopen.

She said that decisions about our border will be made by Canadians.

"When it comes to easing border restrictions of all kinds, our government will only do that when it is appropriate and when it is not a risk to the health and safety of Canadians," Freeland said.

The closure has had an impact on citizens from the two countries.

One couple got married at the Canada-U.S. border so that their families on both sides could be there.