The competition series premieres on July 2! 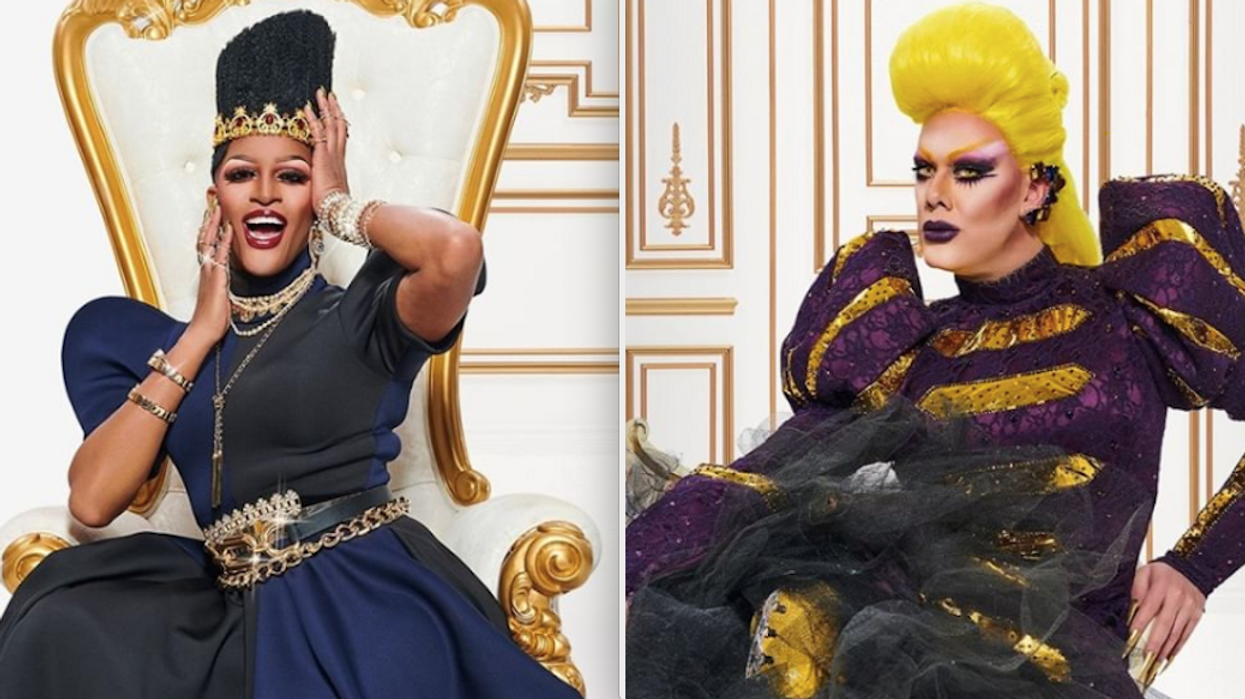 The competition is on! Get ready to meet the fierce Canada's Drag Race contestants on Crave this week. The reality TV series features drag queens that come from various cities around the country and bring their impressive makeup skills in a battle for the crown and $100,000.

For the very first time, the Canadian version of RuPaul’s Drag Race is hitting TVs and bringing drama and sass with it.

The trailer premiered last month and prepared viewers to start their engines for the ultimate drag race.

It also introduced us to the judges, celebrity guest hosts, and cast members who come from various backgrounds as members of the LGBTQ2S+ community and some Black, French Canadians, and BIPOC stars.

The 12 queens competing to be crowned Canada's drag superstar come from all over the country and bring sass and talent with them. Meet the contestants below!

Anastarzia has won over 15 pageants and her drag style takes inspiration from her Caribbean roots which she uses to represent "little black boys and girls in third world countries".

BOA, which stands for "B**ch on Arrival" uses her quick wit and goofy personality to steal the audiences' hearts and attention because "When an audience is happy, so am I!"

Ilona is an Indigenous artist known for her love of pastels and monochromatic looks that she uses to "manifest my female energy as a two-spirit person!"

Jimbo is a clown and cabaret performer who loves to do stand-up and make people laugh. She believes that "Drag is the perfect gateway for self-discovery and self-expression."

Juice Boxx has a Bachelor of Fine Arts in Makeup Artistry and Visual Arts and uses her bubbly and sexy personality "to show the world how incredible Canadian drag really is."

Kiara proudly represents a small group of queens of colour in her Quebec hometown and she "can't wait to make queer Canadian her-story!"

Kyne has over 100,000 YouTube subscribers where she posts videos about makeup, hair, and costumes and uses drag as a "vehicle for all my joy, ambition and creative energy."

Lemon currently lives in New York City where she was specially chosen by RuPaul's Drag Race winner Sasha Velour to be a model in New York Fashion Week. Now, she's excited to show the world that "I’m not only that b**ch, I’m that *Canadian* b**ch.”

Priyanka started off her career as a kids' TV host and was voted favourite drag queen by readers of Toronto's NOW Magazine. Her love for performing began when "I had a drag queen perform at my 26th birthday party and they suggested I do drag."

Rita Baga has appeared on multiple Quebec TV shows and has a huge role in the LGBTQ+ community in Montreal. She hopes "to be the very first francophone to own a Drag Superstar title."

Scarlett BoBo has an education from circus school that she got because she was bored, and created a drag competition called Empire’s Ball to inspire queer youth. She uses drag to "show others how to be fearless and authentic."

Tynomi is labelled the "Dancing Queen of Toronto" and performed at World Pride 2014 in front of her mom for the first time. Her specialty? "Stealing your man in plain sight and you won’t even realize it’s happening."

You can meet these queens, the judges, and guest hosts when Canada's Drag Race premieres on Crave on July 2.