The Canadian Space Agency is challenging you to find both. 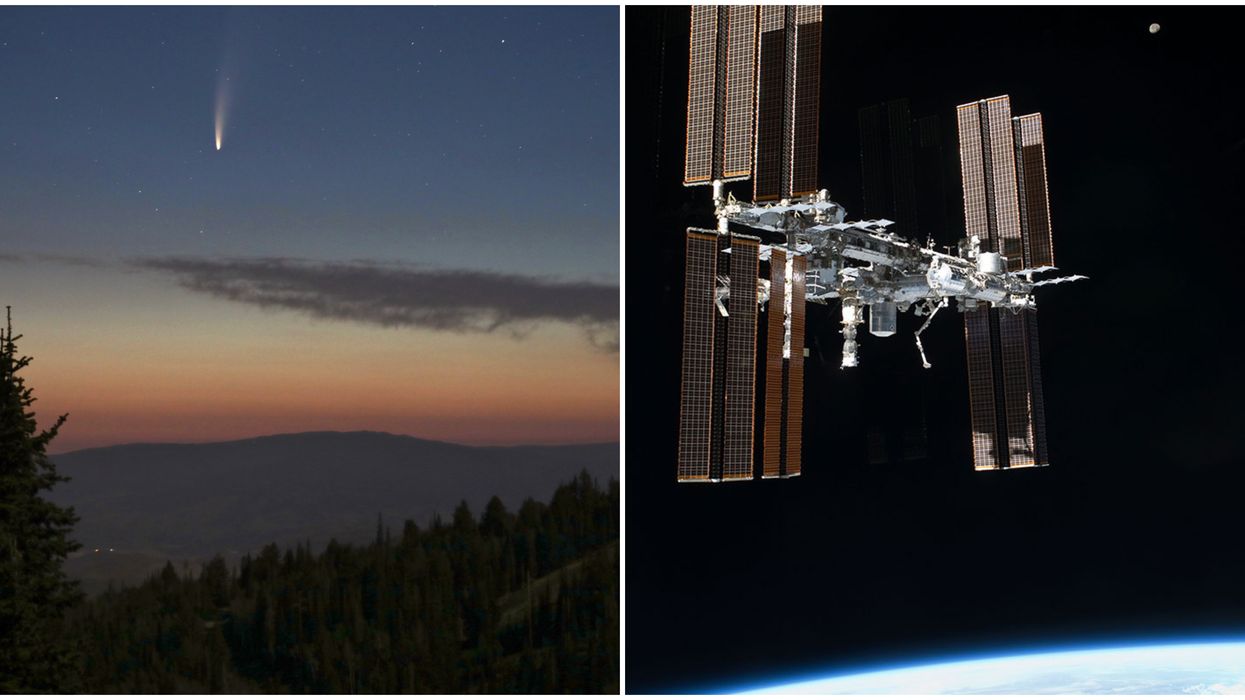 You don't want to miss this! The comet NEOWISE/International Space Station double feature in the sky tonight will be such an incredible sight. They will both be visible from across Canada.

The Canadian Space Agency has a special campfire challenge for Canadians tonight to try and spot the International Space Station when it does a flyover the country.

If you're up for the challenge, there's no time to waste. It will only streaks across the night sky for about six minutes.

The International Space Station will be visible in Vancouver and Victoria from 10:10 p.m. to 10:16 p.m. local time.

It will be visible in Toronto starting at 10:03 p.m. and then a minute after that in Ottawa.

You spot it at 10:04 p.m. in Montreal and then a minute later in Quebec City.

The station starts crossing the sky in Fredericton pretty late at 11:05 p.m.

To the naked eye, the International Space Station is a big white dot in the sky that moves quickly and doesn't change direction.

After the moon, it's usually the brightest object in the sky so you can see it even with light pollution.

For extra credit, the Canadian Space Agency is challenging you to also try and spot comet NEOWISE.

You can find it in the northwestern sky just below the Big Dipper.

This comet was only just discovered in March and the next time it'll visible from Earth won't be until the year 8786.

A Canadian photographed captured both comet NEOWISE and the northern lights and it's such a beautiful sight.