He wants to ensure they get vaccines before other nations are assisted. 💉 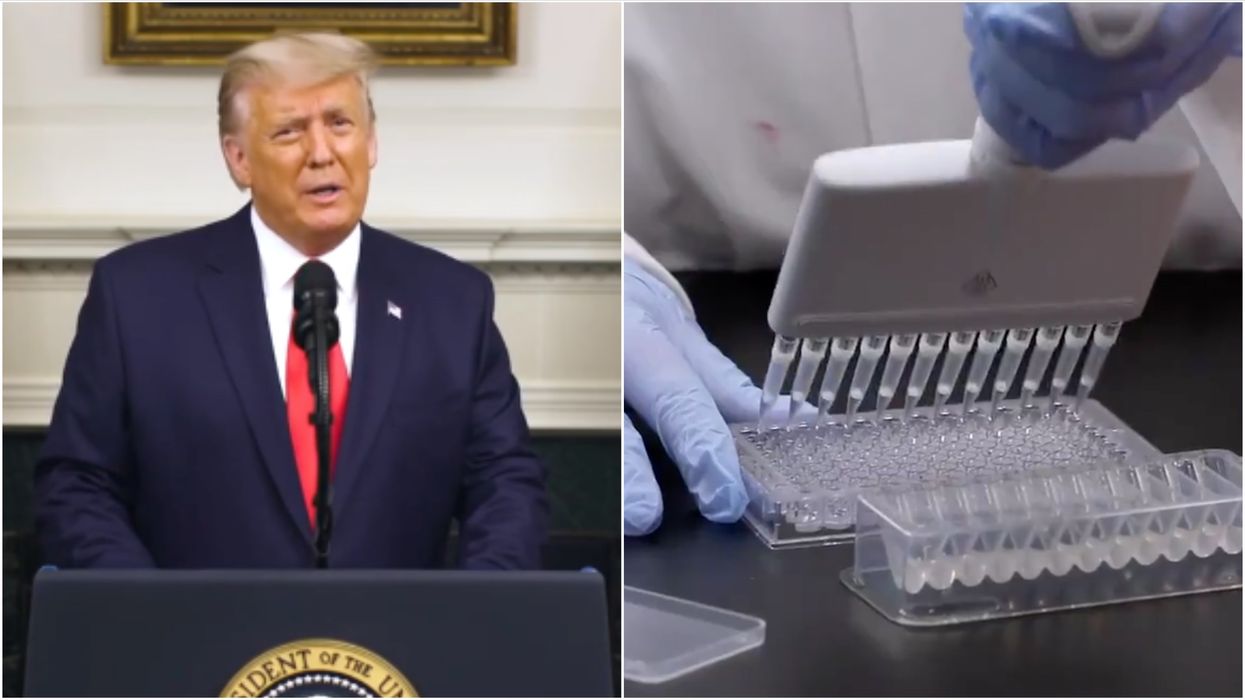 When it comes to COVID-19 vaccines in America, Trump wants the U.S. to have priority access.

According to CBC News, the president is expected to sign an executive order on Tuesday that will ensure American-procured shots are given to local people first.

This means prioritizing residents of the U.S. for vaccines before assisting any other nations, senior administration officials report.

According to CNBC, the move is believed to be a “reaffirmation of the president’s commitment to America First.”

It remains unclear how the new order would actually be enforced, as drugmakers like Pfizer have already made supply agreements with other countries.

In an interview with ABC’s Good Morning America, Trump’s top scientist Moncef Slaoui was unable to explain the plan.

“Frankly, I don’t know, and frankly, I’m staying out of this. I can’t comment,” the vaccine expert said. “I literally don’t know.”

Despite being the chief science adviser for Operation Warp Speed (Trump’s plan to distribute vaccines in the U.S.) Slaoui said again, “We feel that we can deliver the vaccines as needed. So I don’t know exactly what this order is about.”

Later on Tuesday, the White House will hold a summit to lay out plans for vaccine distribution in the country.