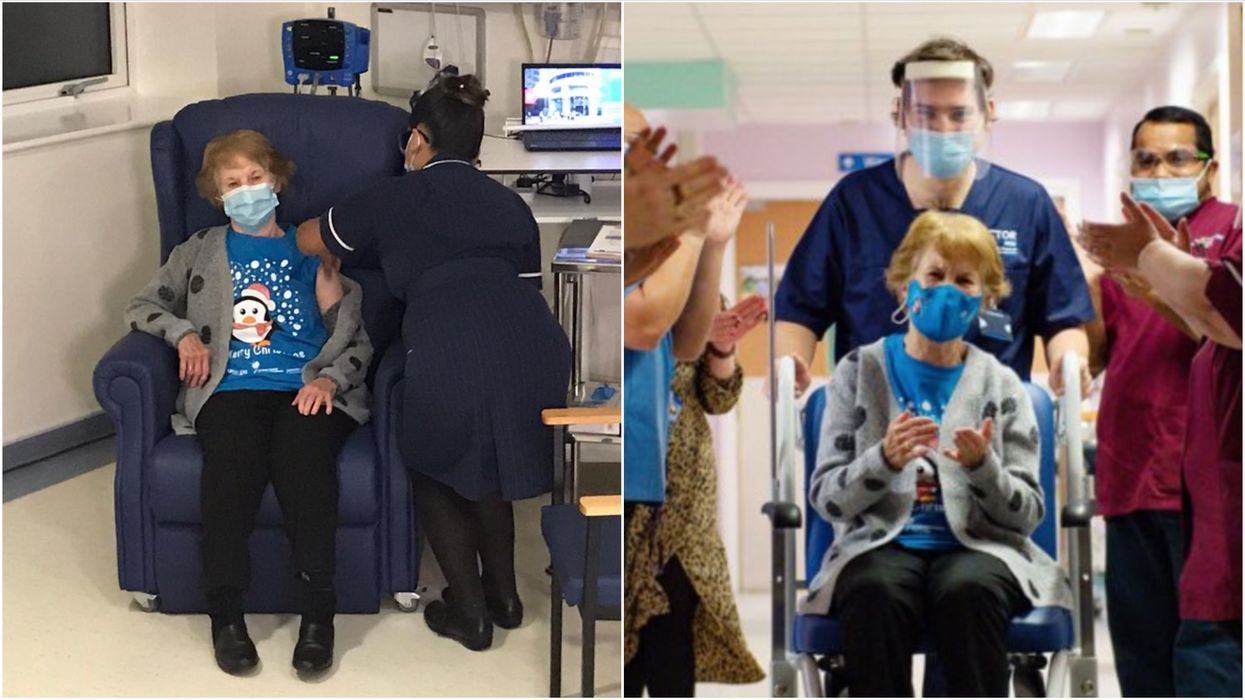 It was a big day for Britain — and the rest of the world — on Tuesday. That’s because 90-year-old Margaret Keenan became the first person on Earth to receive the Pfizer COVID-19 vaccine post approval.

First in line for the newly approved COVID-19 vaccine was Keenan, otherwise known as “Maggie.”

She became the world’s first patient to receive the shot at 6.31 a.m. on Tuesday in Coventry, England.

“I feel so privileged to be the first person vaccinated against COVID-19, it’s the best early birthday present I could wish for,” said Maggie, per the NHS.

“[...] It means I can finally look forward to spending time with my family and friends in the New Year after being on my own for most of the year,” she added.

The grandma of four encouraged others to get vaccinated too, saying, “My advice to anyone offered the vaccine is to take it – if I can have it at 90 then you can have it too.”

This comes just a week after the Pfizer/BioNTech candidate was approved in Britain, making it the first country to formally give it the go-ahead.

Second in line to receive the jab was 81-year-old William Shakespeare, who lives just 20 miles from the birthplace of his namesake per CTV News.

His iconic name inspired several jokes on Twitter, including "The Taming of the Flu."

According to CTV, some even asked if Maggie was patient 1A, then was Shakespeare "Patient 2B or not 2B?"