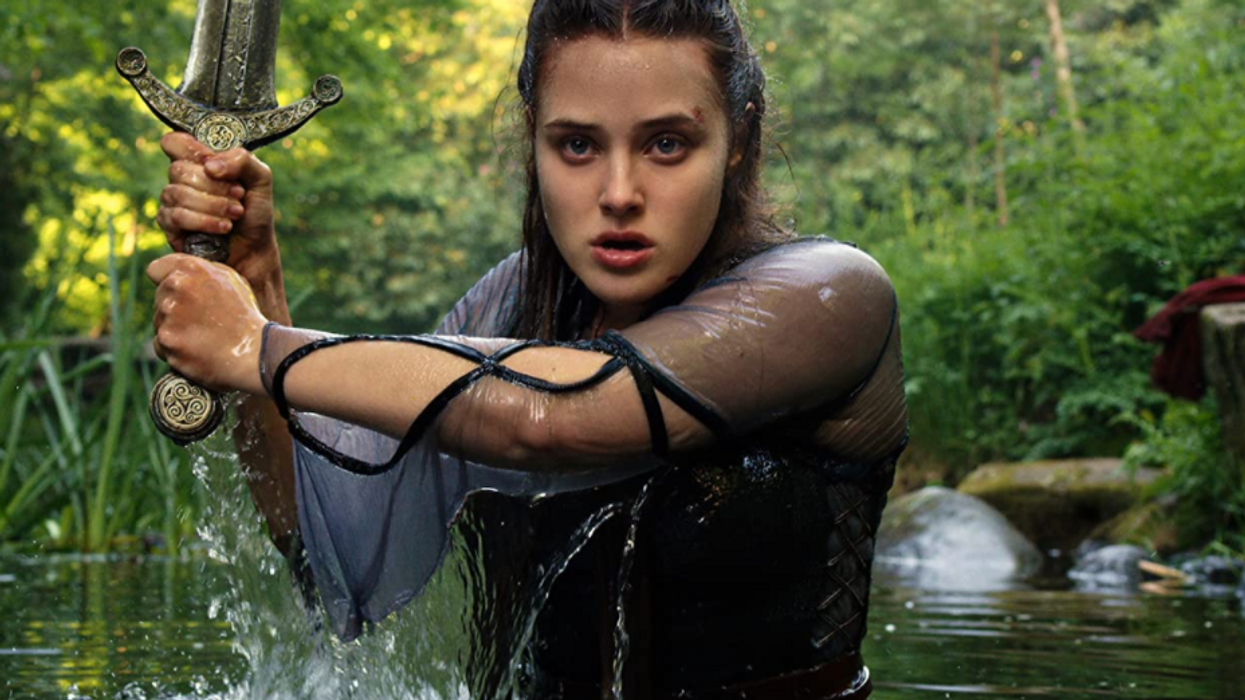 Go back in time for a wild ride! The trailer for Cursed on Netflix just premiered and you'll get to see 13 Reasons Why star Katherine Langford in a totally different role. The drama series sees her become the Lady of the Lake with magical powers as she's on a quest to deliver an ancient sword.

Earlier this month, Netflix released a first-look trailer at the upcoming series and a second, longer trailer recently arrived to amp up viewers for a thrilling ride.

Cursed stars Langford as Nimue, a young woman with magical powers who is often made fun of for her gift. She learns that she is the chosen one who must save the people in her land and rescue a long-sought-after sword.

In the opening of the trailer, Nimue says, "They took everything from us because magic runs through us."

Another voice adds, "Our mission is the extinction of magic. This is war. And in war, there can be no mercy. We can end them."

The trailer explains that the sword is cursed and robs people of their powers.

Netflix writes that the drama is based on a book of the same name by creators Frank Miller and Thomas Wheeler.

The 10 episodes in the series follow "a reimagining of the Arthurian legend told from the perspective of Nimue."

According to MEAWW, Nimue is "a teenage heroine with a mysterious gift who is destined to become the powerful (and tragic) Lady of the Lake."

"After her mother's death, she finds an unexpected partner in Arthur, a young mercenary, in a quest to find Merlin and deliver an ancient sword."

In the coming of age journey, "Nimue will become a symbol of courage and rebellion against the terrifying Red Paladins and their complicit King Uther," per MEAWW.

You can catch Cursed when it premieres on Netflix on July 17.