Their real-life relationship is so sweet! 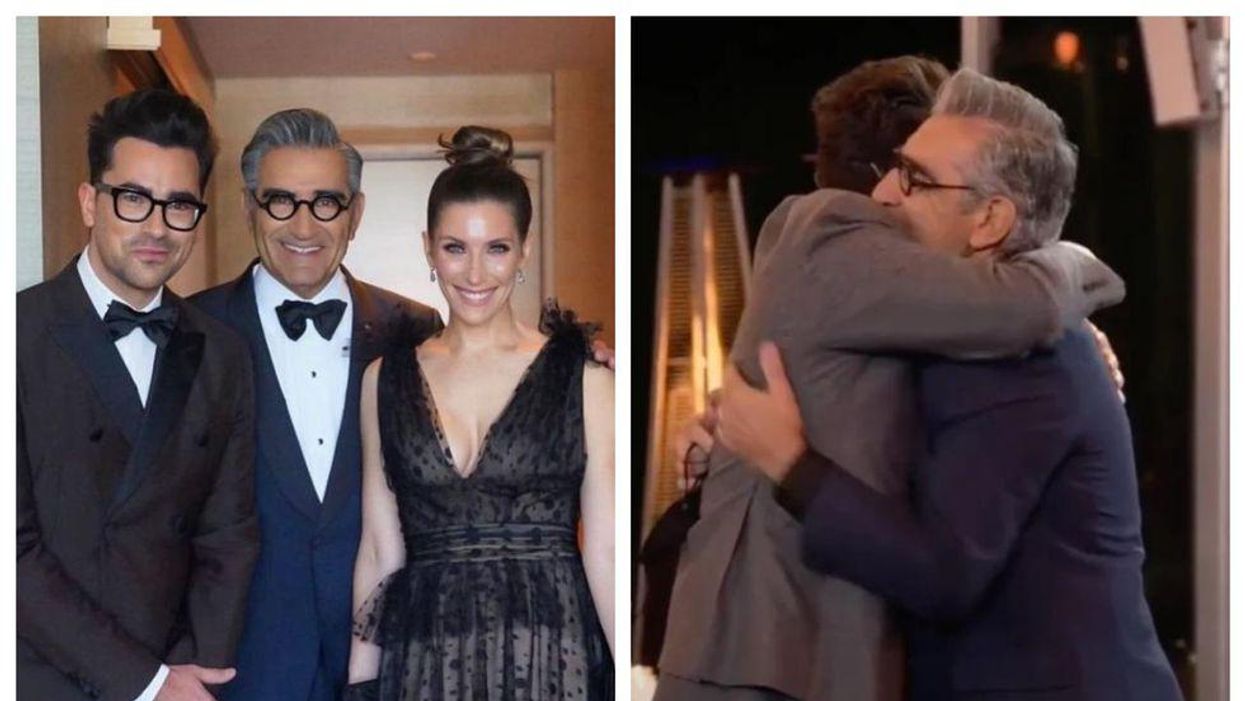 Whether he's Johnny Rose or Eugene Levy, it's clear that this dad is very, very proud of his son!

On Wednesday, May 19, Dan Levy won another award for Schitt's Creek, which he co-created, wrote, produced and starred in alongside his family.

Taking to social media to acknowledge his son's achievements, Eugene Levy asked his followers, "[...] Could I be any prouder of this young man??"

The sentiment may sound pretty familiar to fans of the show, as Johnny Rose says "I could not be more proud of my family right now," during one of the show's final episodes.

He isn't the only one to appear pretty similar to his Schitt's Creek counterpart.

From Your Site Articles
Related Articles Around the Web
People Canada
Discover Narcity
Get the latest and greatest stories every day in your inbox.
Load More Articles