Bradley Whitford was very confused by milk in a bag! 🥛😅 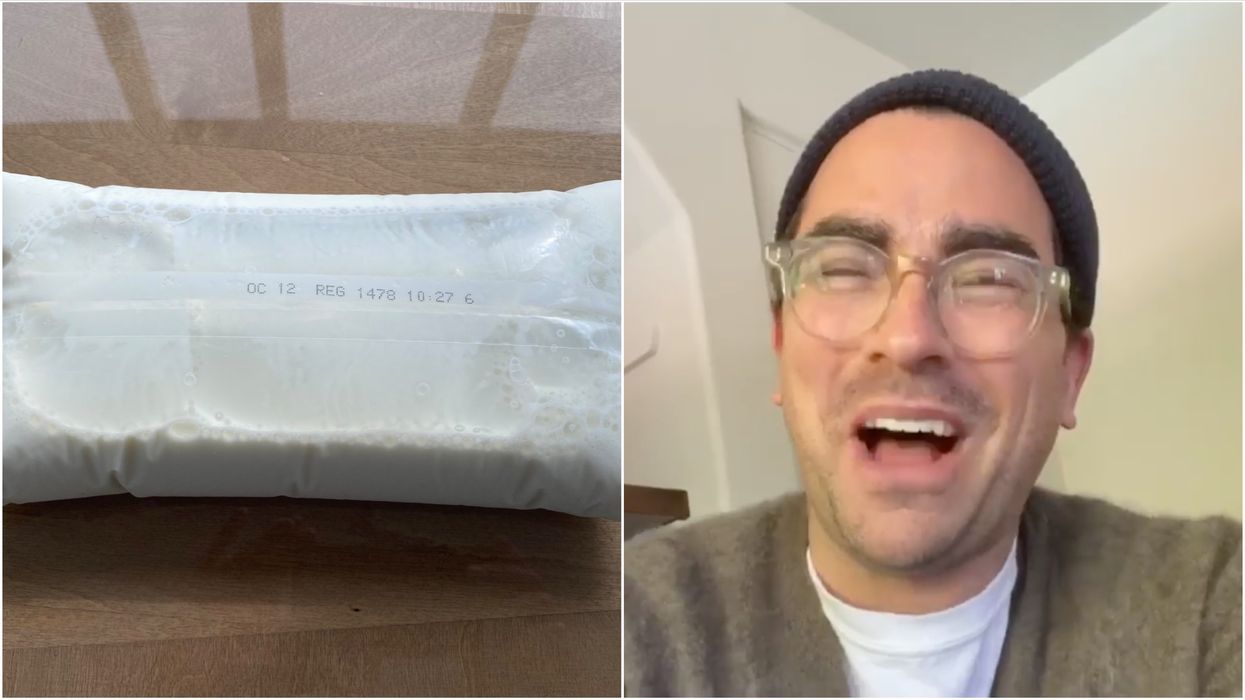 This became clear when Get Out and The Cabin In The Woods actor Bradley Whitford tweeted Dan Levy asking for some assistance with his bagged-up beverage.

Editor's Choice: Ottawa's Top Doc Says She Needs A Break After Showing Up At Work With No Pants

@BradleyWhitford You might have to purchase a Canadian milk jug to house your Canadian milk bag. Plop the bag in, s… https://t.co/GBUFhDPaco
— dan levy (@dan levy)1601407431.0

“I love you [Canada],” he wrote, sharing a picture of his milk bag. “But I don’t know how this works.”

After being tagged in the post, the Schitt’s Creek star was more than happy to explain.

“You might have to purchase a Canadian milk jug to house your Canadian milk bag. Plop the bag in, snip the corner of the bag, pour, et voila!” Levy responded.

However, it seems the American actor wasn't the only person confused by the milk. One Twitter user even responded to say they thought the photo was of a pillow!

Levy is clearly super-proud of his roots and even gave the most Canadian speech ever when he won multiple Emmys earlier this month.