Four Endangered Whales Were Just Spotted Off The Coast Of Georgia 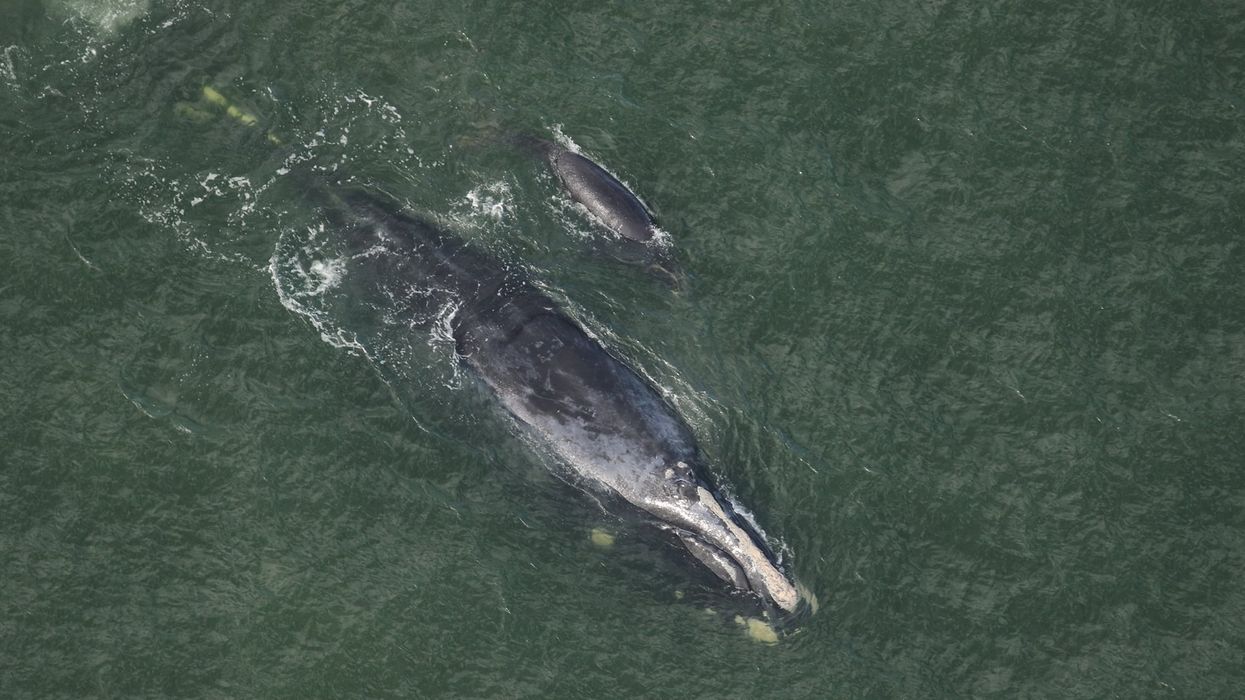 In good news — four North Atlantic Right Whales were recently spotted off the coast of Georgia.

According to the NOAA Fisheries Division, this species of whale has been listed as endangered under the Endangered Species Act since 1970.

The Wildlife Resources Division of the Georgia Department of Natural Resources (DNR) reported that the pod consisted of two moms and two calves.

Editor's Choice: A Species Of Giant 4-Foot-Long Lizards Is Wreaking Havoc In The Southeast Right Now

These are the first two live calves seen this winter in the Southeast, which is the only known calving grounds of these whales.

When the calves were spotted, it was welcoming news to wildlife workers at the DNR and NOAA who track the whales.

The marine mammals were hunted to near extinction for their valuable oil by the early 1890s.

Now, North Atlantic Right Whales are one of the rarest of all the large whales with the current population estimated to be around 400.

The DNR, NOAA, and their partners are actively looking for more Right Whales.

For the first time in history, an endangered animal was successfully cloned, and it may just save the species.

Elizabeth Ann, a black-footed ferret, made history after she was cloned using frozen cells of an ancestor that lived nearly 30 years ago, and now scientists have big plans for the animal's future.

Giant lizards are the next thing that 2020 is throwing at us in the Southeast United States.

Argentine black and white tegus are an invasive species of lizard that threaten wildlife in two southeast Georgia counties — Toombs and Tattnall.

Until now, there has only ever been one type of walrus known to mankind...but all of that has changed as three new types of (extremely dead) walruses were just discovered by paleontologists in California.

Orange County, where the fossils were uncovered, is a huge location for finding walruses, despite them famously living in more arctic regions in modern times.

Two of the extinct walruses do not have tusks, and one of them has "semi-tusks," which are not actually tusks but...longer teeth.

12 Day Trips Around St. John's That You Need To Take With Your BFF

Go out for a jaunt!
_jasminerose

You're itching to get away for the day. You and your bestie want to go on a hike, sit on the beach or just get out of the city. Quidi Vidi just isn't cutting it anymore and you've been to Signal Hill more times than you can count. So where should you go?