His legal first name is just one letter! 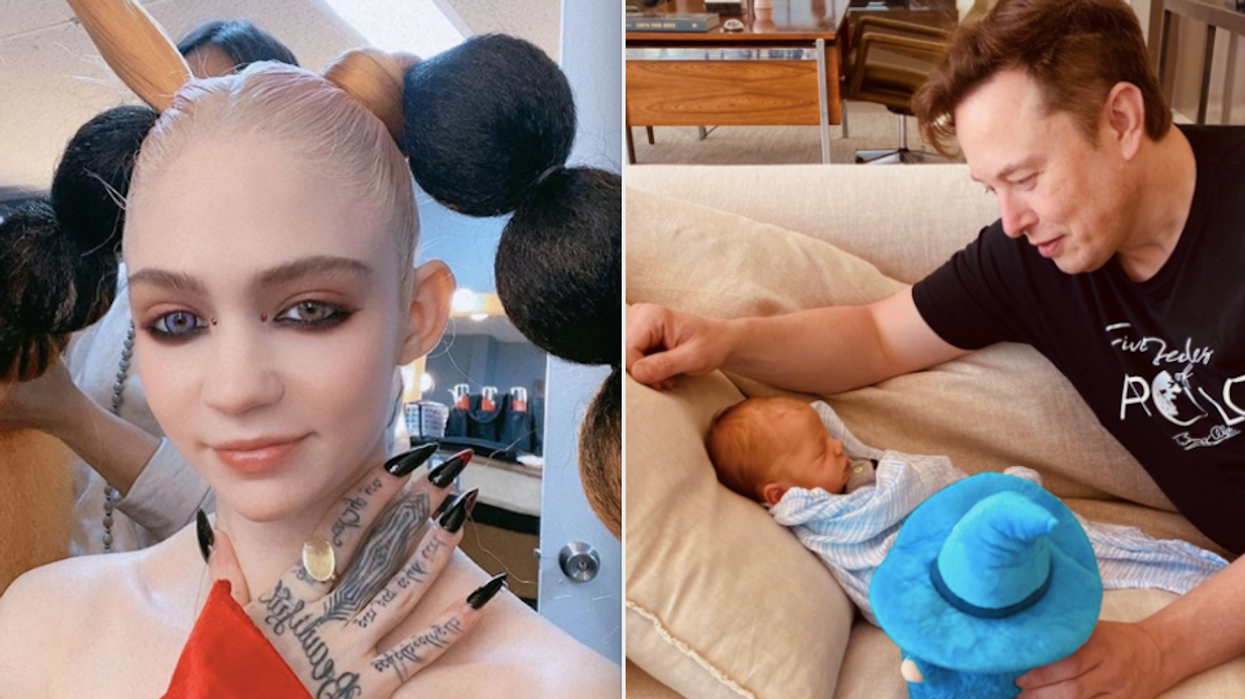 What's in a name? Grimes and Elon Musk's baby boy X Æ A-II has been quite the topic of curiosity following his arrival last month. An image of the newborn's birth certificate was recently released and includes another tiny change that comes after the parents previously modified his name in order to comply with California laws.

The Vancouver-born singer and Tesla CEO welcomed their bundle of joy on May 4 and were quick to share adorable snaps and reveal his unique name, X Æ A-12.

Many people quickly questioned how the three-part moniker is pronounced, but luckily Musk clarified that the super easy pronunciation is actually "X Ash A-12." He added that his only contribution was "A-12" while his partner came up with the rest.

However, it seems they had a slight disagreement when new mom Grimes explained to fans online that it's pronounced "X A.I."

After that, the 32-year-old again took to Instagram to share that she and Musk had to make a small change to their son's name in order to obey California state laws. Responding to a fan who asked if the new parents changed their baby's name, Grimes said that they tweaked it to "X Æ A-Xii."

According to TMZ, who obtained an image of the official birth certificate, the baby's legal first name is "X." His middle name is registered as "AE A-XII" and he took his dad's last name, "Musk."

So, it looks like the original elven spelling of Æ, aka "Ash" or "A.I." had to get a minor fix in order to be legally registered.

California's birth registration handbook states that only the 26 letters belonging to the English alphabet can be used in a name. An exception is made for apostrophes and dashes, which can be included.

In a tweet sent shortly after the birth, Grimes explained that each part of the name does have meaning to the couple. X represents the unknown variable, Æ is the elven spelling for love and/or artificial intelligence, and A-12 is the couple's favourite aircraft.

Earlier this month, Grimes also revealed that she has a super cute nickname for her first child. In an interview with Bloomberg, she shared that she calls him "Little X," which now makes more sense since "X" is his official first name.

Grimes and Musk have been in a relationship since 2018 when they met on Twitter after bonding over making a similar joke about an artificial intelligence experiment.

This is the couple's first child together, but Musk's seventh son. He shares a pair of twins and triplets with his ex-wife, Justine Musk.