The online auction has some iconic items for sale! 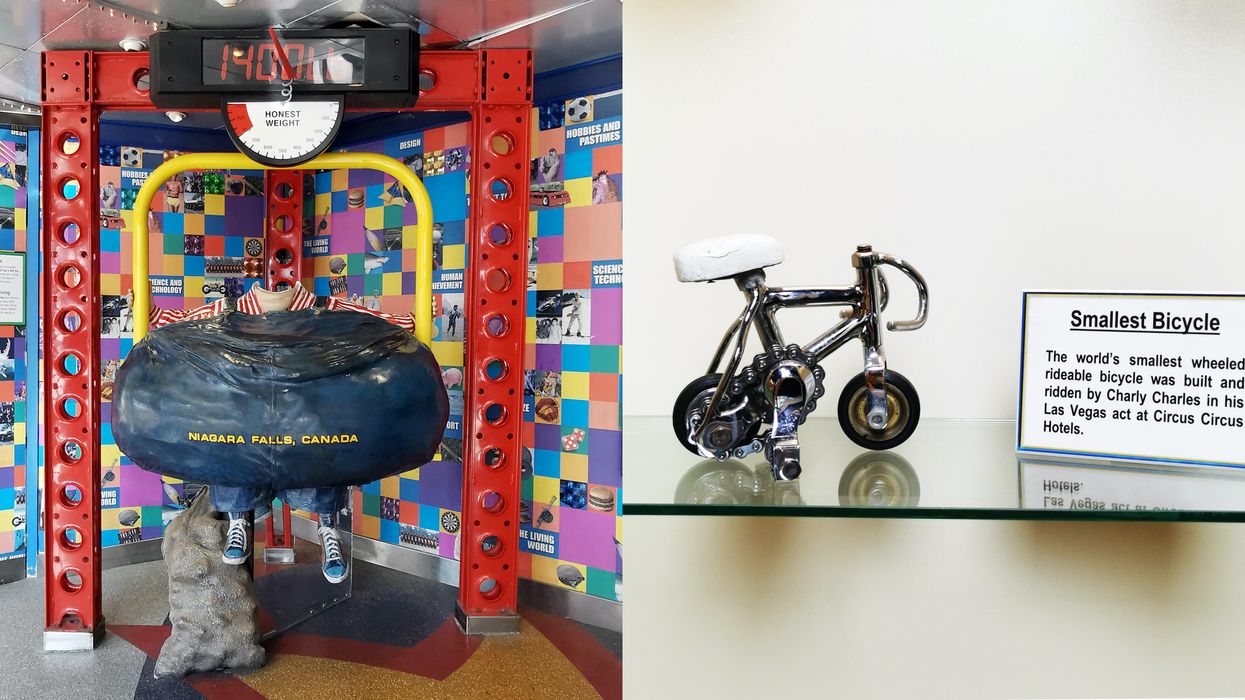 You can bid on some record-breaking items at the Guinness World Records Museum auction happening right now.

The Niagara landmark is selling tons of its items and memorabilia online after closing permanently in September 2020.

Hosted by Ripley Auctions, the online catalogue is open for bidding until February 12, 2021, when the auction takes place.

You can put an offer on all sorts of iconic and unusual items, from the letters of the glowing museum sign to photo ops and record-holding artifacts.

Take a look at some of the incredible items being offered, and view the full catalogue here.

Details: If you've ever passed by the Guinness World Records Museum, then you would have seen or even sat in this chair. It was used as a photo op beside a statue of the tallest man ever, Robert Wadlow, which is not included.

Details: This wacky mirror will distort the reflection of anyone who looks into it.

Details: Manufactured in 1947 and 1948, the world's smallest marketed camera is the Japanese PETAL model.

Details: One of the most recognizable displays at the museum, this photo op is now available to bid on and own.

This Wurlitzer One More Time Jukebox

Details: The vinyl record Jukebox has been fully restored and is still in working condition, so you can rock out to some tunes. It even lights up with neon colours.

Details: The framed display includes a Los Angeles Kings jersey and photograph signed by hockey legend Wayne Gretzky. It also comes with a letter of authenticity.

Details: You can participate in a round of boxing with this coin-operated machine. It's still in good condition and even keeps score.

Details: The original, coin-operated pinball machine holds the record for the world's largest pinball game and is still fully functional.

Details: This tiny bicycle was built and ridden by Charly Charles in his show at Circus Circus Hotels.

If you've ever wondered what some of the most expensive homes in the province look like, here's a sneak peek.

This Ontario mansion for sale is basically a mini castle and is so extra it even comes with a 16-foot waterfall.

The company has explained how much you can get back.👇💰
Iryna Tolmachova | Dreamstime

Following a giant outage that left Canadians across the country without phone and data services this week, a Rogers credit has been offered to affected customers.

The company explained that the April 19 outage was caused by a recent Ericsson software update and promised that it was working to ensure this would not happen again.

It's straight out of the English countryside.
Igor Pavlov | Point59 Realty

This stunning stone home for sale in Ontario looks as though it belongs in the English countryside.