The NDP leader has been through a lot. 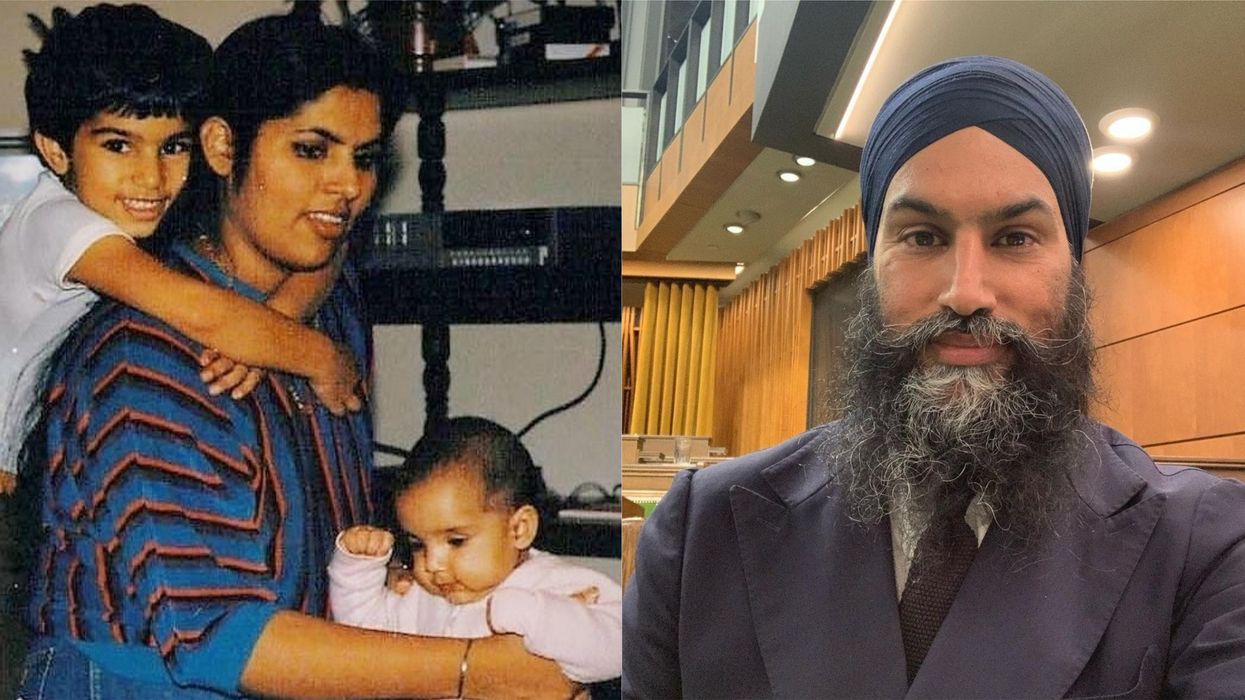 Jagmeet Singh's life story is pretty inspiring and we've got nine facts that you probably didn't know about him.

His book, Love & Courage: My Story of Family, Resilience, and Overcoming the Unexpected, and his bio reveal a lot about his life, from when he was a kid to his career in politics.

He grew up in Ontario, Newfoundland and India

When he was growing up, Singh spent time in Scarborough, Windsor, St. John's and India.

He said that as a 2-year-old he would walk around in the Newfoundland snow while speaking full sentences in Punjabi.

He lived with his grandparents as a toddler

In his book, he recalled how he went to live with his family in Punjab, a state in India, while his parents got settled in Canada.

His name means "friend to the world"

He said that his name means "friend to the world."

He was sexually abused as a child

In Love & Courage: My Story of Family, Resilience, and Overcoming the Unexpected, Singh revealed that he was sexually abused by his taekwondo coach when he was 10.

He told CBC News that he shared his story because he wanted to help people who are struggling feel less alone.

He started learning French at 13

After Singh's parents told him that their language was not respected when they were children, he learned about similar struggles Québécois faced with their language. He began learning French when he was 13.

He was the sole earner for his family during university

During his time studying at university, Singh's father was ill and his parents were unable to work, so he became the sole earner for his family. He worked retail jobs to support his siblings and parents financially.

He was an activist at school

While at university, he was an activist and fought against raising tuition fees.

He was the deputy leader of Ontario's NDP

Before going into federal politics and becoming the leader of the federal NDP, Singh was an MPP in Ontario and deputy leader of the provincial party.

He had a destination wedding

Singh and Gurkiran Kaur got married on February 22, 2018, and they had a destination wedding in Mexico.