They played "Hallelujah" twice without permission. 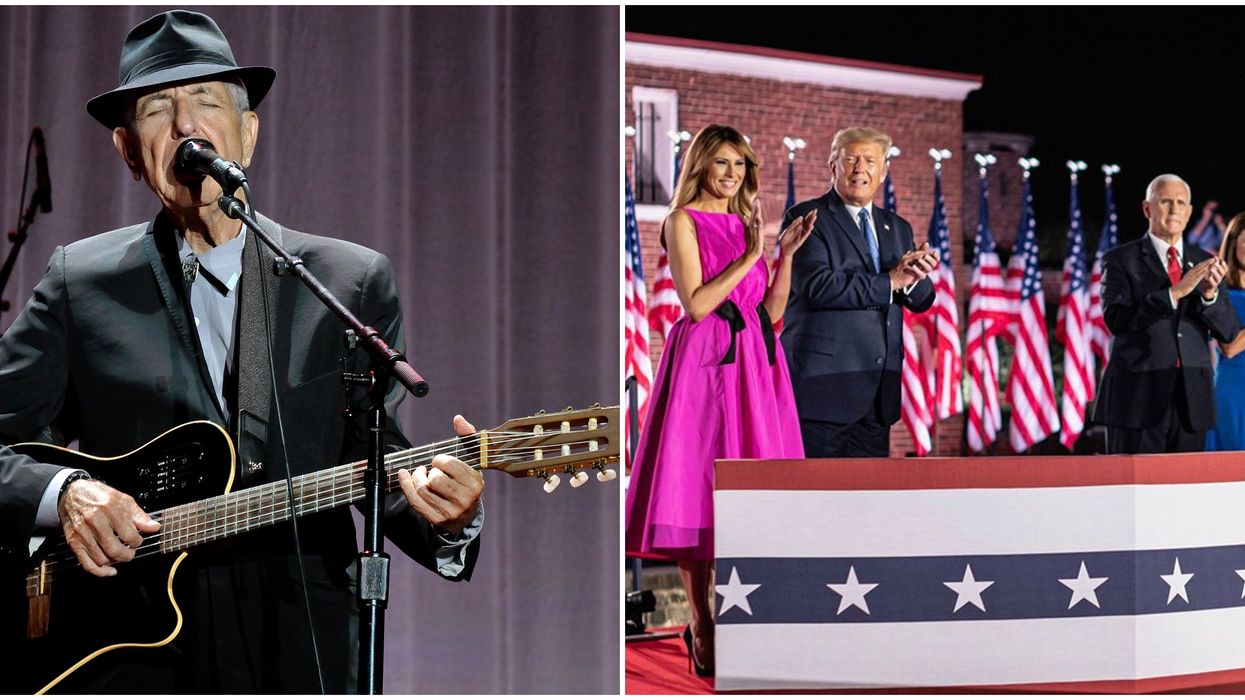 Another song used, another disapproval. Leonard Cohen's "Hallelujah" was used twice by Donald Trump's staff during a convention without authorization. The Canadian musician's estate had the most hilarious response to the situation.

On August 27, the final night of the Republican National Convention, "Hallelujah" was used twice.

After Trump's speech, a cover of it was played during a fireworks display that spelled out "TRUMP 2020."

Editor's Choice: Student Loan Repayments Are Being Cancelled In One Canadian Province

Then there was a live performance by an American singer who did an operatic version of the famous song.

In the evening on August 28, statements were posted to Cohen's Facebook page about the unauthorized use of the iconic song

Michelle L. Rice, the legal representative of the late musician's estate, said that using it even after the request was denied was a "brazen attempt to politicize and exploit" the song.

Rice then noted that if a request for another one of Cohen's songs like "You Want it Darker" had come through, it might have been approved.

That's the title track to his last album released before his death in 2016.

The song has lyrics like "if you are the dealer/let me out of the game" and "you want it darker/we kill the flame."

"On the eve of the finale of the convention, representatives from the Republican National Committee contacted us regarding obtaining permission for a live performance of Leonard Cohen's "Hallelujah". We declined their request," he said.

Cohen's estate is exploring the legal options they have regarding the unauthorized use of the song.

The Canada-born musician died in L.A. on November 7, 2016, the day before Trump was elected President.

This isn't the first time Trump's team has used a Canadian artist's music.

In July, some of Neil Young's songs including "Rockin' In The Free World" were used during an event at Mount Rushmore.

The musician tweeted that the use of his songs was "NOT ok" with him.