#FloridaLife Is Trending On Twitter Right Now & It's So Relatable 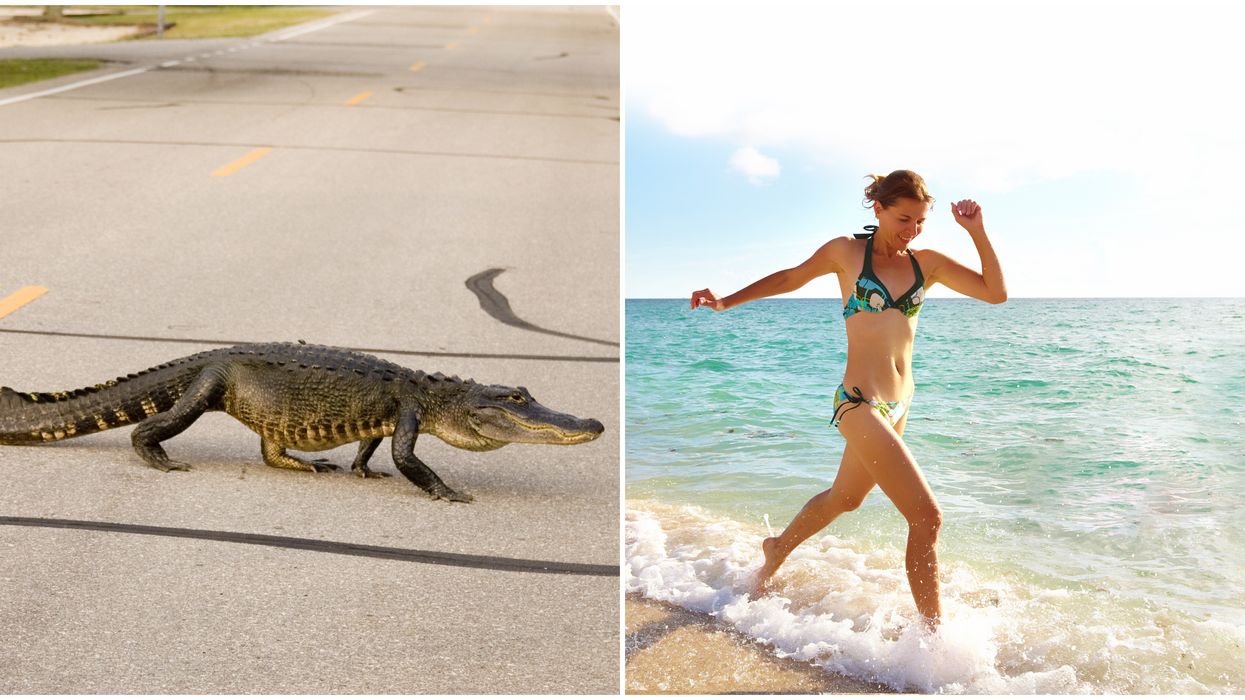 There are plenty of great reasons to live in the Sunshine State, and it really does have something for everyone. Whether you’re a beach bum, a techie, a foodie, or something else, Florida is teeming with things to do and explore. Many Floridians also seem to be acutely aware of just how weird their state can be sometimes, and nowhere is that more apparent than on Twitter. To get a glimpse into life in Florida, trending Twitter tag #FloridaLife will give you laughs, awes, and a vigorous head nod of relatable solidarity.

If you’re having a gloomy day, the #FloridaLife thread on Twitter is bound to give you a laugh, especially if you’re a Sunshine State native, yourself. Highly relatable are the photos of random wildlife invading backyards, hurricane memes, and mad traffic.

One Twitter user posted a photo of a looming storm over the beach with the text, “Where y’all going, it’s just a category 1,” showing just how much it takes to really scare a Floridian from their beloved beach.

Editor's Choice: Over $6k Has Been Raised For A 'DeathSantis' Billboard To Go In Front Of DeSantis' Mansion

But the blessings of living in Florida are just as many as the quirks, like incredible sunsets, stunning beaches, and a compassionate community.

A picturesque Key West sunset captured by one Twitter user pretty much sums up the beauty of Florida’s coastal views.

When it comes to food, Florida will definitely deliver on unique, exotic, local, and delicious eats, but one iconic Florida dish stands out in the minds of residents.

PhotographicFloridian put it best when they said, “If you don’t crave a PubSub at least once a week you aren’t living the real #FloridaLife.”

As for the dating scene, you know you’re a Floridian when your pick-up and rejection lines loop in hurricane season.

Former The Shark radio host, Melissa Maxx, made a hilarious Tweet replying to the question of whether or not to become exclusive with, “I’m still in the cone of uncertainty.”

When it comes to hurricane prep, however, one Twitter user has everyone beat with her underwater setup, complete with a drink in hand.

It's no secret that Florida is home to some pretty exotic animals, but it's not just gators, invasive pythons, sharks, and wild monkeys that can catch your eye.

Nothing quite beats frolicking with Florida’s wildlife, such as running into a sweet pair of manatees like Twitter user @Road_2_Ft_Worth did.

So what’s your favorite part about living in the Sunshine State? You can add your personal stamp to the relatable memes, posts, and photos found on the #FloridaLife thread on Twitter.