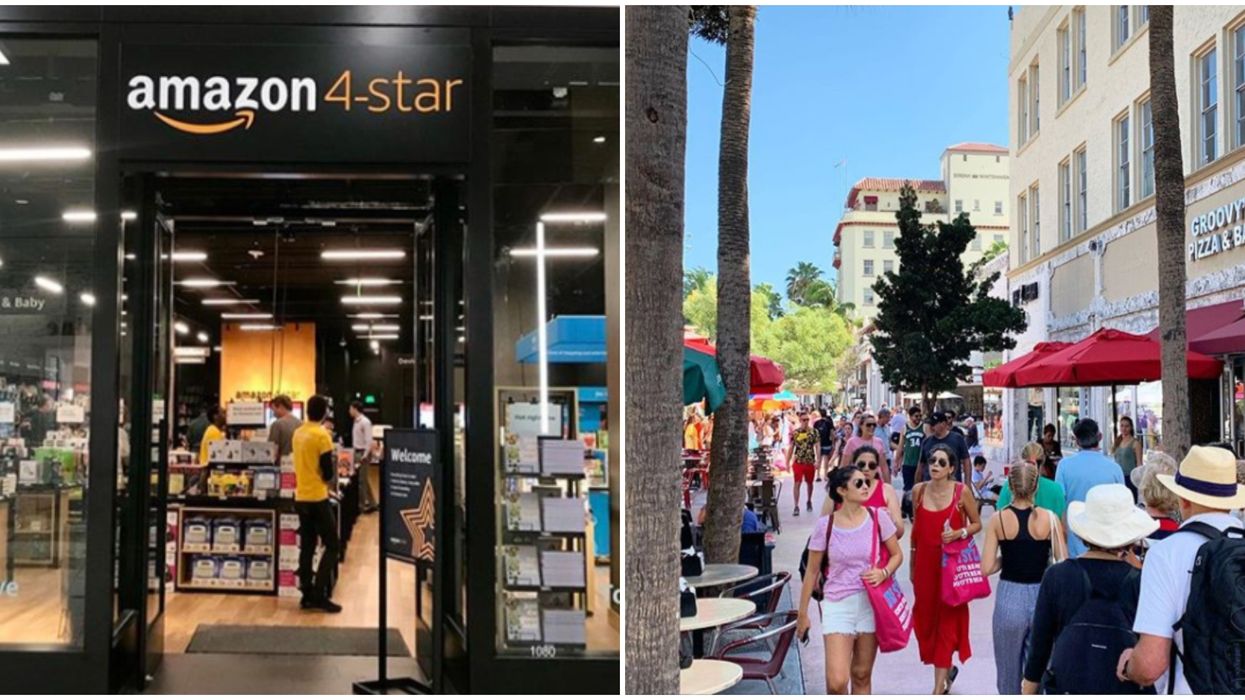 Get ready for Alexa to steer you to the mall. Amazon stores in Florida are coming, and it won't be in the pop-up variety. The e-commerce company is opening Amazon 4-Star, a storefront concept to three spots in the Sunshine State.

With the founder and CEO set to become the world's first trillionaire thanks to the company's domination of the internet shopping arena, Amazon is turning its focus on brick-and-mortar retail. It's already opened 12 of its 4-Star stores in nine states, and soon Florida will follow suit.

Two of the shops will be in South Florida, one in Lincoln Road Mall in Miami Beach, and the other at The Gardens Mall in Palm Beach Gardens. A third will be located in Central Florida at The Mall at Millenia in Orlando.

The Miami Beach location will replace Nexxt Cafe, which offers nearly 5,000 square feet of space to showcase the best of what the shop has to offer. They'll be like mini department stores with the products displayed with four stars and up ratings.

The Gardens Mall 4-Star will take over the former space formally occupied by Mayors Jewelry. According to the Palm Beach Post, that location was expected to open by the end of the year.

The selection will be eclectic, ranging from toys to housewares. It will feature products that are top-rated or new and trending as a way to stay current.

The best part is you won't have to wait three days or have an Amazon Prime account for next-day delivery. You'll be able to buy the item on the spot.

The first Amazon 4-Star store opened in New York City in 2018 to packed crowds on its first day, which provides a glimpse into what lies ahead when the Florida locations open to the public.

While there is currently no set opening dates for these shops, you'll soon be able to wave goodbye to dreaded shipping fees.