The complaints are already filing in. 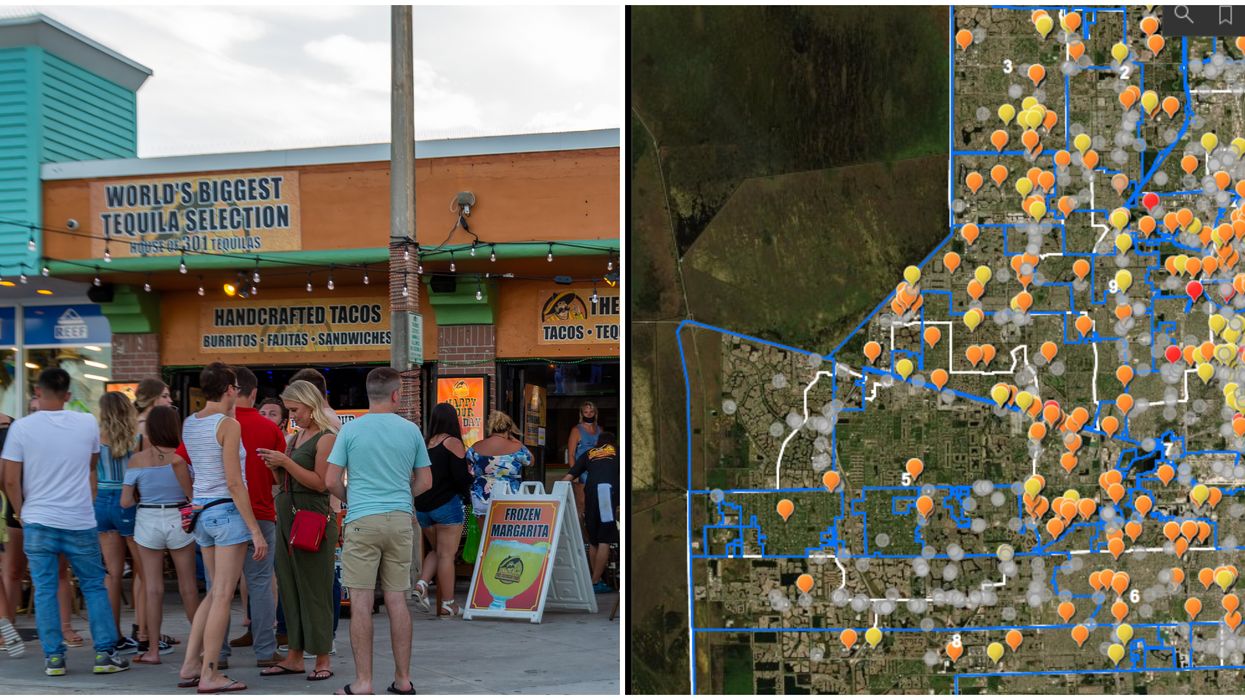 A South Florida county is now out to expose establishments who don't follow the rules. Broward County COVID-19 violation dashboard was launched Wednesday and is aimed at showing residents which businesses are breaking mitigation rules. The new tool is meant to keep residents informed of violators.

The new dashboard is a part of the county's plan to keep residents up-to-date as to which business has had a complaint reported on it due to skirting past rules meant to keep the novel coronavirus at bay.

The severity of the complaint will go by a color-code scheme. Establishments in the "grey" mean an inspection of the said place is coming, and business in "orange" means that the county issued a warning.

Those marked "red" have been properly cited. Residents will be able to see the exact business name, address of the establishment, and the type of violation they were accused of committing.

The data can be broken down by either the commissioner district or right down to your city. For example, as of Wednesday, Coral Springs has only 11 businesses that were reported, while Fort Lauderdale, the county's largest city, has 39.

The highest number of complaints were in Hollywood, with 44 businesses called out for not following the rules.

In total, 1,273 businesses have been reported in the county. Of that, 360 were either warned or cited.

Most of the complaints are of businesses not social distancing, with 416 making up the bulk of the complaints. The next highest critique from residents was establishments not following sanitation rules, with 242. While 326 businesses have been listed as "other."

Broward is not the only area that is weeding out COVID-19 rule violators. As part of phase 1, the state's Department of Business and Professional Regulation initially rolled out a website that displayed any business that broke Gov. Ron DeSantis' executive orders.

Florida is in the middle of a record spike in COVID-19 cases. The state set a new daily high back in late June, with more than 9,000 cases recorded.