The numbers have spiked in recent weeks. 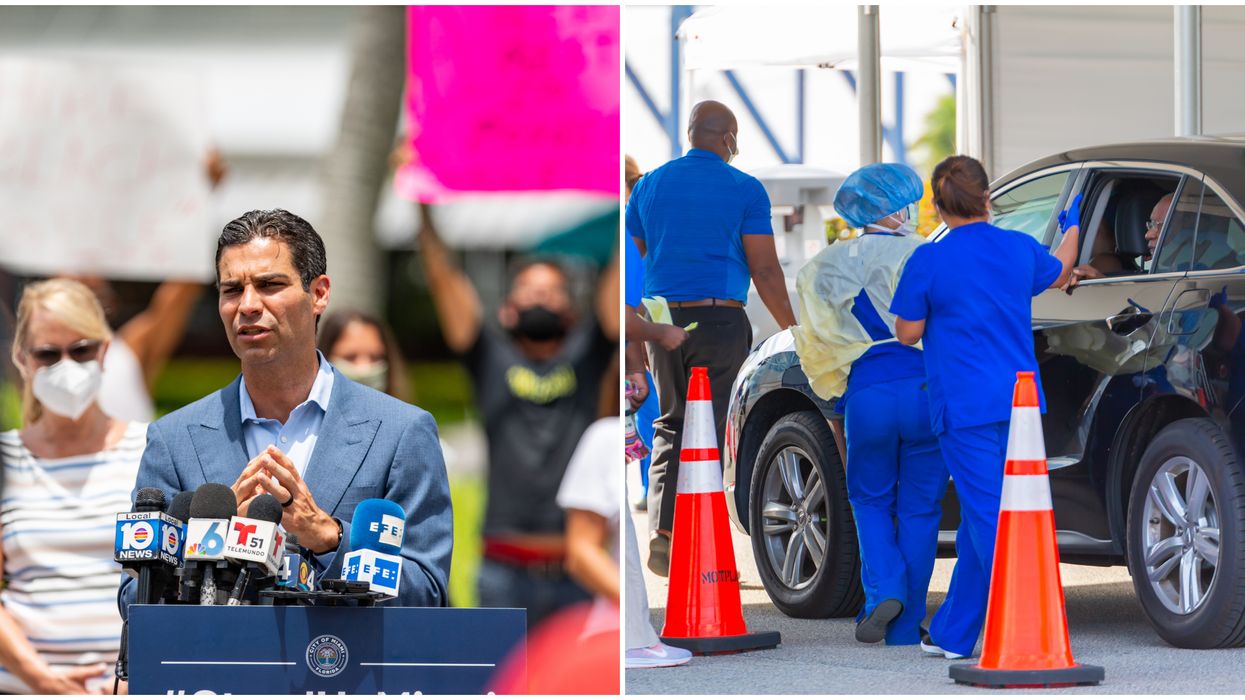 The Sunshine State is currently experiencing a record spike in novel coronavirus cases. COVID-19 cases in Florida have seen a weekend of high numbers surpassing 2,000 confirmations. This jump comes after the state moved into phase 2 of recovery, causing Miami mayors to speak out.

"As the cases continue to rise, we still have not incorporated the data from Memorial Day or all the protests," Miami Mayor Francis Suarez said in an interview. "So there are major concerns that the state data is continuing to increase, and Miami-Dade County is also showing a gradual increase."

On Sunday, Florida recorded its second straight day of over 2,000 COVID-19 cases, recording 2,016 positive results, which was down from Saturday's report of 2,581. The stats shattered a single-day record that was hit on Friday, according to the Florida Department of Health's COVID-19 Dashboard.

Mayors Dan Gelber, Carlos Gimenez, and Suarez have spoken out about the uptick, emphasizing that the pandemic is not over even though the state is reopening.

Mayor Suarez commented on the surge in his city, saying that while the "government has tried to do the best that they can," people are frustrated and want to work. However, he mentioned that the recent actions by residents' behavior are a cause of concern, like not wearing masks in public.

"We need to be disciplined. I always said when we started reopening that there are two paths, the path of responsibility and the path of irresponsibility," he said. "Unfortunately, we're starting to see behavior that concerns me deeply."

Mayor Suarez hinted that, if the numbers continue to climb, he could push the pause button on the city's reopening. "The data is concerning. And we may have to make some decisions after this weekend as the data comes in."

The growing numbers come one week after Gov. DeSantis announced the state would transition into the next step under phase 2 of its recovery plan.