The mock funeral was another in a string of protests this week. 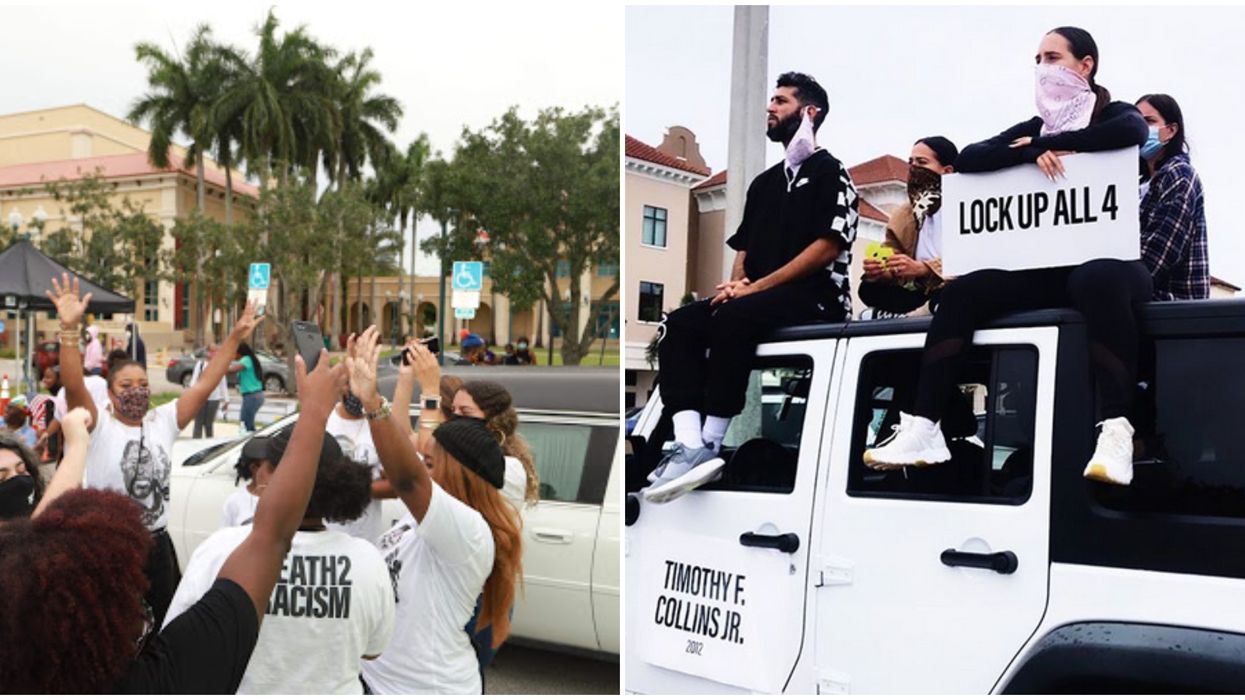 A South Florida church decided to hold a funeral for the demise of discrimination. On Wednesday, the Cool Church organized a "Death 2 Racism" demonstration in Florida with a funeral procession of cars. The mock funeral was one in a string of protests that have arisen in the state.

"We all believe that racism has to die," the Johanne Wilson said in a video posted to Instagram. "This is about the death to racism because we can't continue to live like this anymore. Too many people are dying. This is not right. Racism is a sin, and we won't stand for it." The church also stated that the funeral's mission was to stand in solidarity with county institutions to end discrimination.

Wilson and Terrance Wilson are co-pastors of the Miramar church and the organizers of the protest.

People of all backgrounds came out to attend the procession. Each car was decked out with names of black people who were victims of racism and police brutality. The protests also attracted city officials and law enforcement, who expressed their solidarity with the group.

"How could that happen? And those that stood by and did nothing," Hallandale Beach Police Chief Sonia Quiñones said to the protesters outside of Gulfstream Park. “No, not in Hallandale Beach, not in South Florida. We’re here to make sure your voice is heard.”

The "Death 2 Racism" demonstration was one of the countless movements that broke out all over Florida since George Floyd's death.

According to the Sun-Sentinel, in Delray Beach, 300 people marched a mile from Pompey Park to City Hall. Among the protesters of the march was Coco Gauff, a 16-year-old breakout tennis star and a native of the city.

During the church's protest on June 3, it was announced that all four of the police officers involved in the murder of George Floyd were arrested and charged, including Derek Chauvin, whose charges were upgraded to second-degree murder, according to The Hill.

However, the protesters said that this is just the beginning of a long fight to achieve equal treatment of people of color with law enforcement. “We’ve been fighting for years, and we still have to fight,” Chiara Rigaud said to WSVN.