Not another one of these! 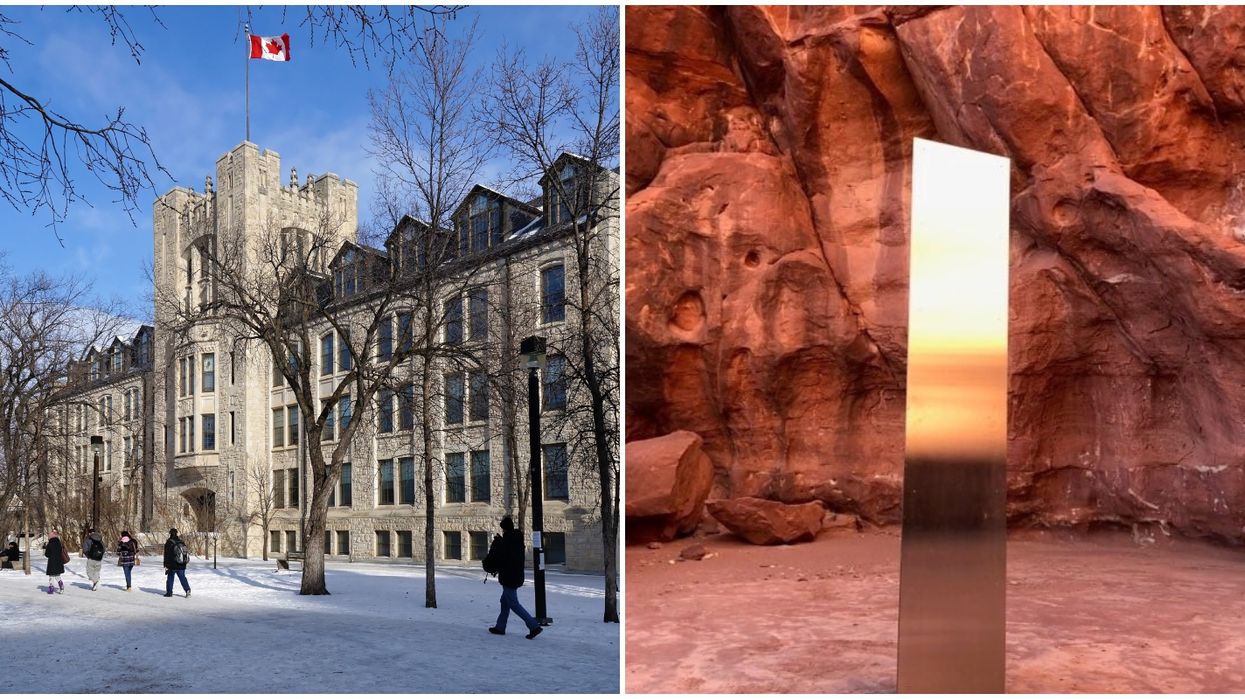 One of the stranger trends to come out of 2020 is the sudden appearance of monoliths in multiple locations.

One of the latest places to get its own is Manitoba, where one was placed near the Old Pinawa Dam.

Winnipeg resident Colin Fast shared some photos of the reflective object, adding that it had attracted a crowd at one point before being removed.

Editor's Choice: Starbucks Canada BOGO Deal For The Holidays Is On Right Now For A Week

Manitoba now has its own monolith, at Old Pinawa Dam. Showed up over the weekend and reportedly attracted quite a c… https://t.co/p7mQxDUnnk
— Colin Fast (@Colin Fast)1607355859.0

In a follow-up tweet, Fast said that residents were reporting that the monolith was already gone.

"Not sure if it was parks officials or aliens," he wrote.

The first of these strange structures appeared in Utah, with two more showing up in Romania and California.

Most recently, another monolith was found on the Isle of Wight, as reported by BBC News.

It's not clear yet if the mystery of who is placing these monoliths will be answered before the year is out.

UPDATE: The UEFA confirmed that Christian Eriksen has been transferred to hospital and stabilized.