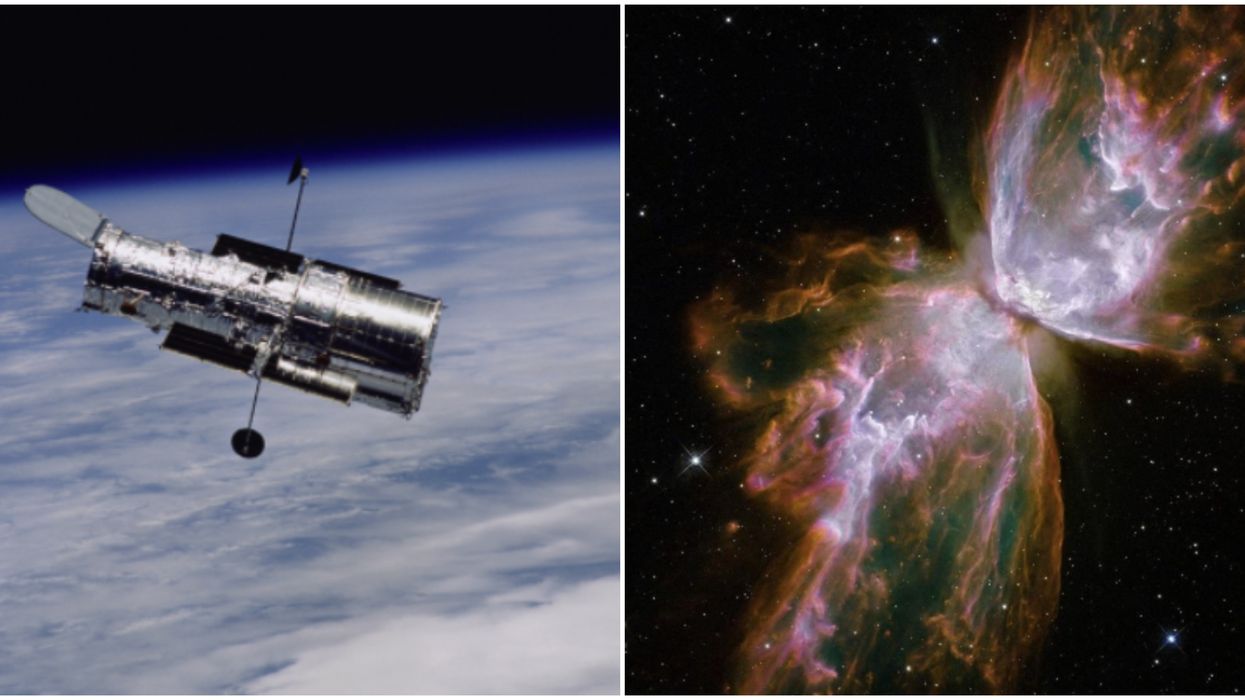 NASA's legendary Hubble Space Telescope is celebrating its 30th birthday this year, and it decided to give us some pretty awesome gifts.

The space organization announced that it will be releasing dozens of newly processed images of different galaxies and stars across the universe, all of which can be seen from a backyard telescope.

Editor's Choice: Jupiter & Saturn Are Going To Align In December For A Spectacular Celestial Event

A video was released showcasing all of the photographs with professional astronomers talking about what exactly has been caught on camera.

All of these new images belong to a vast collection known as the Caldwell catalog, which highlights over 100 galaxies, star clusters, and nebulae that are bright enough to be seen by an amateur astronomer.

The entire Caldwell catalog can be viewed on NASA's website and each image has a full description of what it is, when it was discovered and how to view it using your own telescope.

The Hubble Space Telescope was launched into orbit in April 1990 aboard the Space Shuttle Discovery and has been helping humanity advance in the field of astronomy ever since.

"Hubble is today, at 30 years old, even better than when it was launched and continues to make groundbreaking discoveries that challenge and advance our fundamental understanding of the cosmos," said NASA.