The move was made as a sign of solidarity. 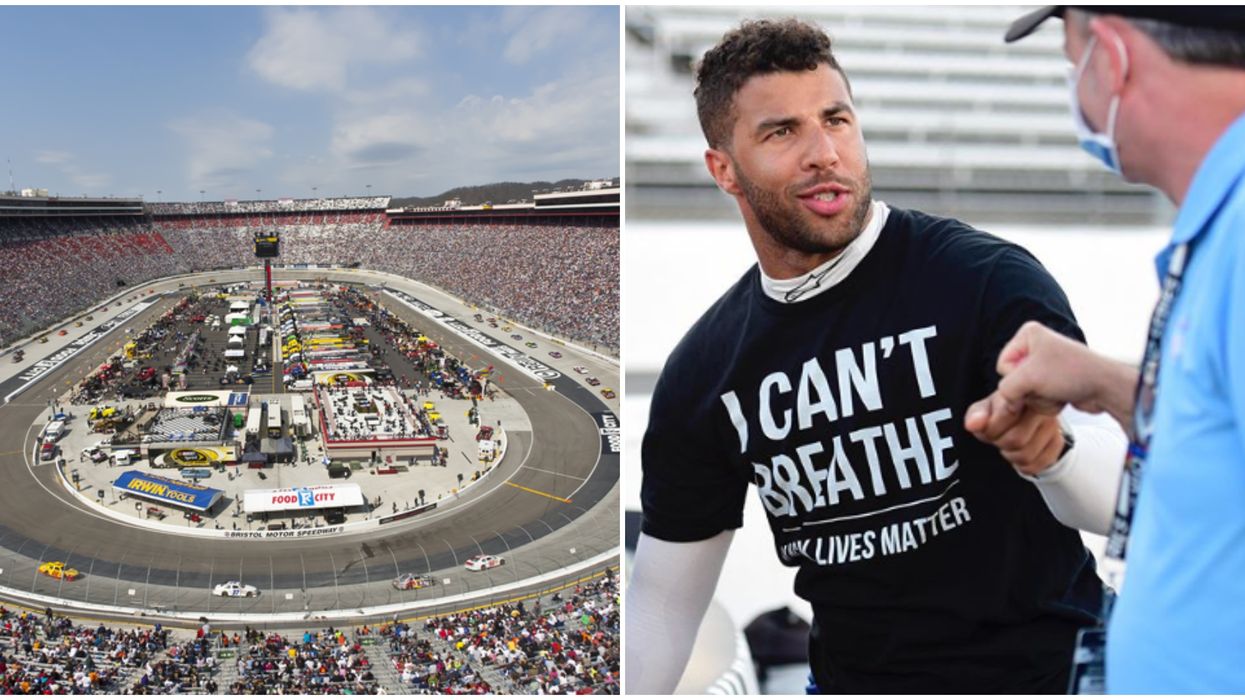 One of America's largest pro sports leagues is taking a stand against a racist symbol of the past. NASCAR banned the use of Confederate flags from races and events. The change came right before Wednesday's night race at the Martinsville Speedway.

"The presence of the Confederate flag at NASCAR events runs contrary to our commitment to providing a welcoming and inclusive environment for all fans," the league said in a release on its website.

The decision was made as a statement of solidarity with diversity after the death of George Floyd. Bubba Wallace, one of NASCAR's most vocal stars, was leading the issue amongst the league. Wallace, who is the only top-tier Black driver in the league, said that the flag has "no place" within the sport.

Wallace would go on to drive in a car with a #BlackLivesMatter custom paintjob during Wednesday's race to promote racial equality.

The infield has long been a ubiquitous sight for the rebel flag at races, and some may aim to defy the sport's new decree, according to the Miami Herald.

Already, some have criticized the move. Ray Ciccarelli, a driver in NASCAR's truck series, posted his thoughts on Facebook, saying that he would "quit the sport" if they go through with its change.

"I could care less about the Confederate Flag but there are ppl that do and it doesn’t make them a racist," he said, according to WBTV. "All you are doing is f---ing one group to cater to another and i ain’t spend the money we are to participate in any political BS!! So everything is for SALE!!”

While some consider the flag a sign of "southern pride," others, see it as a reminder of a racist past. The flag has been a prominent sight at NASCAR events over the years, with this year's season opener at the Daytona International Speedway featuring numerous campers flying it.

Seems some in my timeline are confused or curious. So let me be clear. Black Lives Matter. They are hurting and up… https://t.co/HQvhKTSnZC
— Dale Earnhardt Jr. (@Dale Earnhardt Jr.)1591106011.0

Ahead of the race on June 10, Wallace spoke on his decision to drive the car with a custom BLM paint job.

“Why not dive in straight to the root and putting 'Black Lives Matter' on the car," he said. "All lives will not matter until black lives matter."