146 episodes will give you weeks' worth of fun! 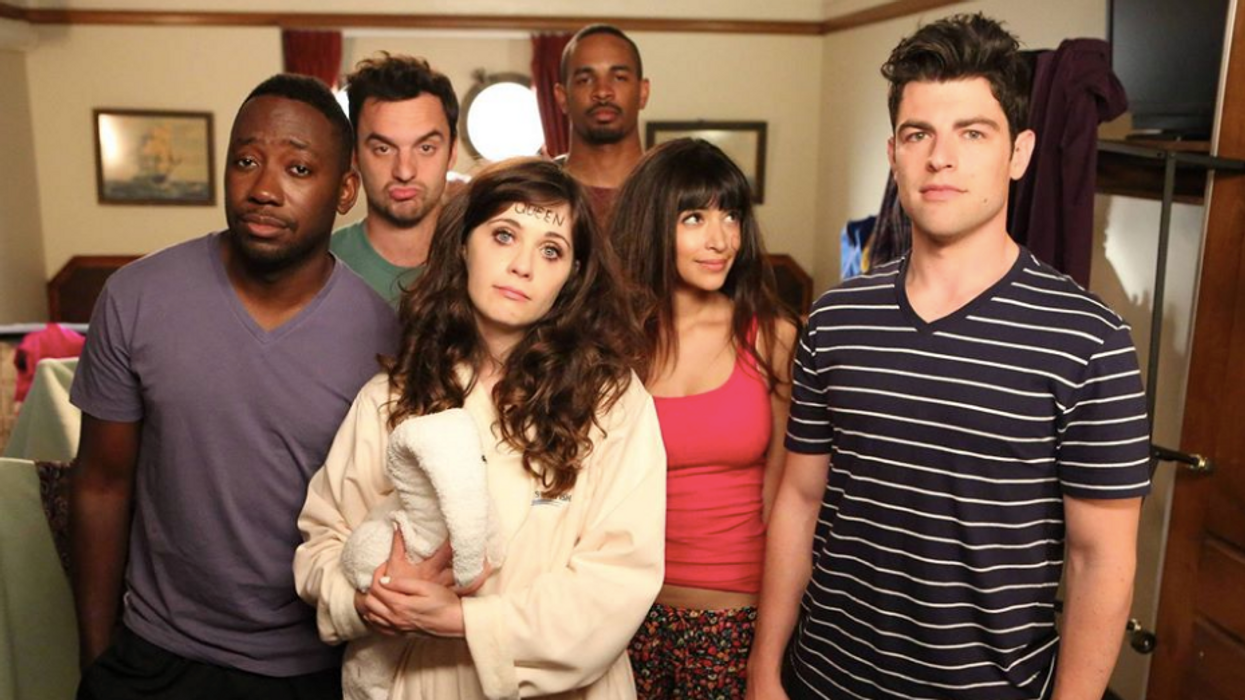 The gang's all here! If you're looking for your next sitcom to binge-watch, then look no further than all seven seasons of New Girl on Netflix Canada. The dozens of episodes following Jessica Day and her hilarious roommates will be the comfort you need after a long day.

The Fox sitcom first premiered in 2011 and a new season dropped each year in the springtime until the final season in May 2018.

Zooey Deschanel stars as the new girl Jess, a school teacher who starts off the series looking for an apartment to rent in L.A. after going through a bad break-up.

That's where Jess gets introduced to a group of single and ready-to-mingle men who posted an ad looking for a roommate on Craigslist, and she ends up moving into their loft apartment with them.

Jake Johnson stars as Nick Miller, a bartender who also begins the series after going through a rough break-up, and eventually strikes up a romance with Jess.

Lamorne Morris is Winston Bishop, Nick's childhood BFF and a former basketball player who trains to become a police officer in the LAPD.

Max Greenfield plays Schmidt, an overly confident marketing associate who has no problem with the ladies thanks to his charming charisma.

Hannah Simone is Cece Parekh, a fashion model and Jess' childhood best friend. She doesn't live with the gang and is very skeptical of her BFF moving in with a bunch of men, but eventually falls for Schmidt and his charm.

The crew also briefly lives with Damon Wayans Jr.'s character Coach, a personal trainer and former athlete who floats back into their loft after a break-up but eventually moves out in season four.

Each season takes Jess and her roommates on some pretty unique but hilarious adventures as they conquer normal adulthood situations like dating, careers and family issues.

Jess goes through a series of failed relationships, loses her job as a teacher, and has a rocky relationship with her divorced parents.

Eventually, (spoiler alert) all's well that ends well and every character finishes season seven with their own happy ending.

Each episode is about 20 to 24 minutes long and IMDb claims that a total of 146 episodes were produced, so you'll have weeks' worth of binge-watching fun on Netflix.

Watch the trailer for the final season below.