"We will unite again, music heals and brings people together." 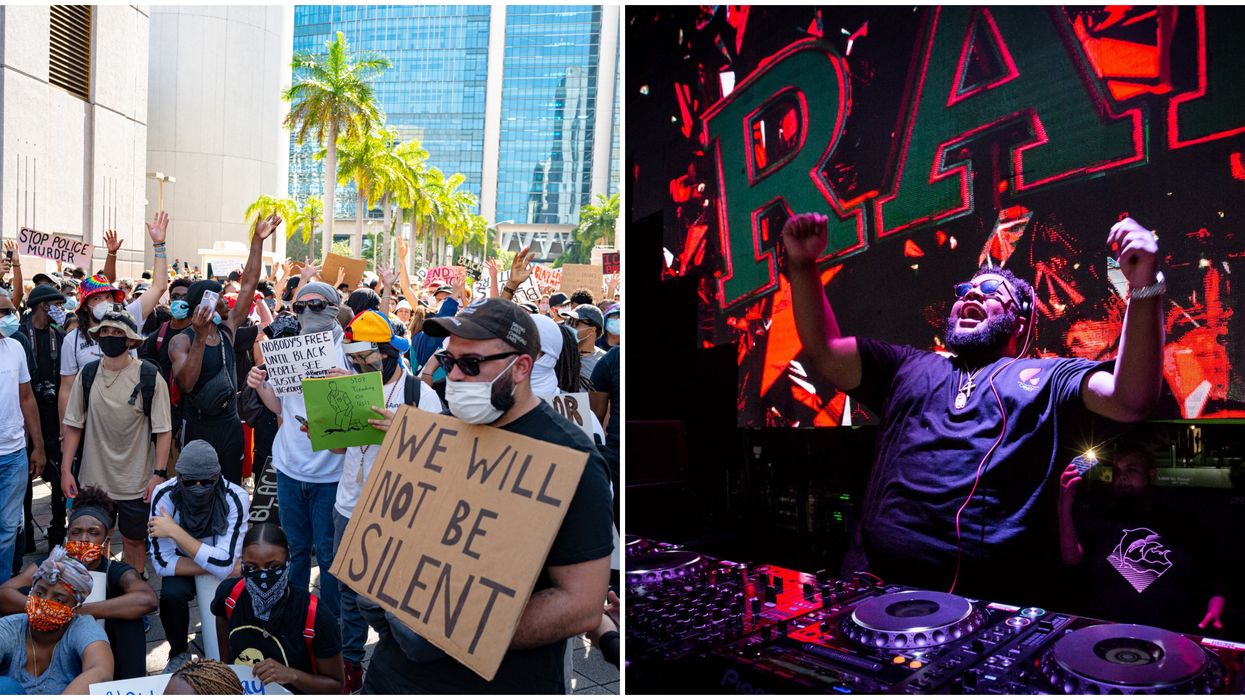 Orlando is set to be the stage of the first-ever drive-in music festival in Florida, Road Rave, next month. The event, which will hold 500 cars and feature many headliners from the Electric Daisy Carnival world, has officially been postponed due to the ongoing protests against police brutality following the death of George Floyd. The event is now scheduled to take place two weeks after its original date.

Originally set for June 6, the music fest will now take place on June 20 from 7 p.m. to 11 p.m., but is still scheduled to happen at the Central Florida Fairgrounds.

DJ Carnage, the festival producer, posted a statement to his Facebook page, rallying fans to stand united against both racism and police brutality.

The DJ said he felt it wouldn't be right to divert attention away from the movement at this time, ultimately deciding to push the festival to a later date.

“We will unite again, music heals and brings people together and I look forward to doing exactly that with you on June 20th," his Facebook post reads.

For those who already bought tickets, don’t worry, they’ll automatically be transferred to the new festival date. As stated in a comment on Carnage’s post, if you do end up needing a refund, you can email contact@discodonniepresents.com.

Social distancing and wearing masks at all times will be highly encouraged, as well as some restrictions in place for when guests can leave their cars. Capacity will be limited to 500 vehicles, with a minimum of two and a maximum of six people per car.

There will even be concession carts roaming between cars selling snacks.

A portion of the event proceeds is being donated by Carnage to the ​ANF COVID-19 Relief Fund ​to provide assistance to Nicaraguan communities at risk during the novel coronavirus outbreak.