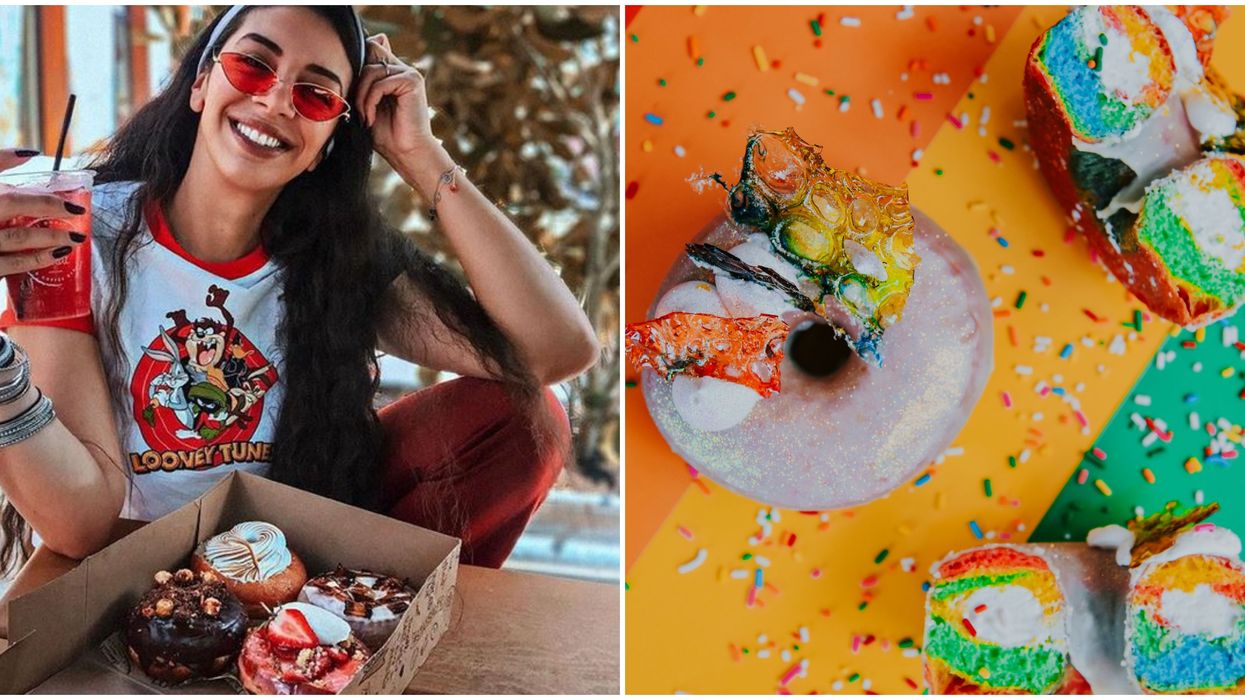 There’s never a bad time for doughnuts, and if you’ve somehow exhausted all of your favorite local Orlando spots, then the news of a brand-new shop opening this year will come as exciting news. The Salty Donut is opening its shop in Orlando this fall. Rejoice, fried dough ring lovers!

The Orlando location’s fall 2020 opening will be the brand’s fourth site and first location in The City Beautiful, with two others found in Miami and one in Dallas.

As Miami’s first artisanal doughnut shop, you’ll find not only craft rings, but delicious coffee and a strong sense of community.

Narcity spoke with Salty owner Andy Rodriguez, who co-founded the brand with his wife Amanda, for the full scoop on the bakery's new location.

“Amanda and I have been food-obsessed our whole lives,” said Rodriguez. “We love to travel for experiences centered around food, but we felt that community-involvement was really lacking in the doughnut space.”

Thus, The Salty Donut was born. What first began as a pop-up slowly grew into several rooted locations.

The Orlando opening is special to the pair of foodies because it is the first building they actually own, and it’s in an old '50s auto repair shop, which was a big bucket list wish for the couple.

Rodriguez explained that what sets Salty apart from other shops are its three pillars of doughnuts, coffee, and vibes.

“The donuts themselves are crafted to an obsessive-compulsive quality,” Rodriguez joked. “We reinvent ourselves constantly.”

If their Orlando menu turns out to be anything like the one for Miami, you're looking at year-round flavors like White Chocolate Tres Leches, Maple Bacon, Guava and Cheese, and Hazelnut Coffee as well as rotating seasonal digs like Mango Coconut Cronuts and Dragon Passionfruit.

New flavors are regularly rotated through the menu, with prices ranging from around $2 to $4, with extra unique limited-time offerings sometimes dropping in for $5 a pop.

They also offer coffee from Intelligentsia Coffee, a Chicago-based company, which will also be available for order through Uber Eats, along with the main course.

More than anything, The Salty Donut is about community, and Rodriguez said that his shop plans to hold events and collaborations with other local businesses to get as involved as possible in their new home in Orlando this fall.