He says an announcement is coming soon. 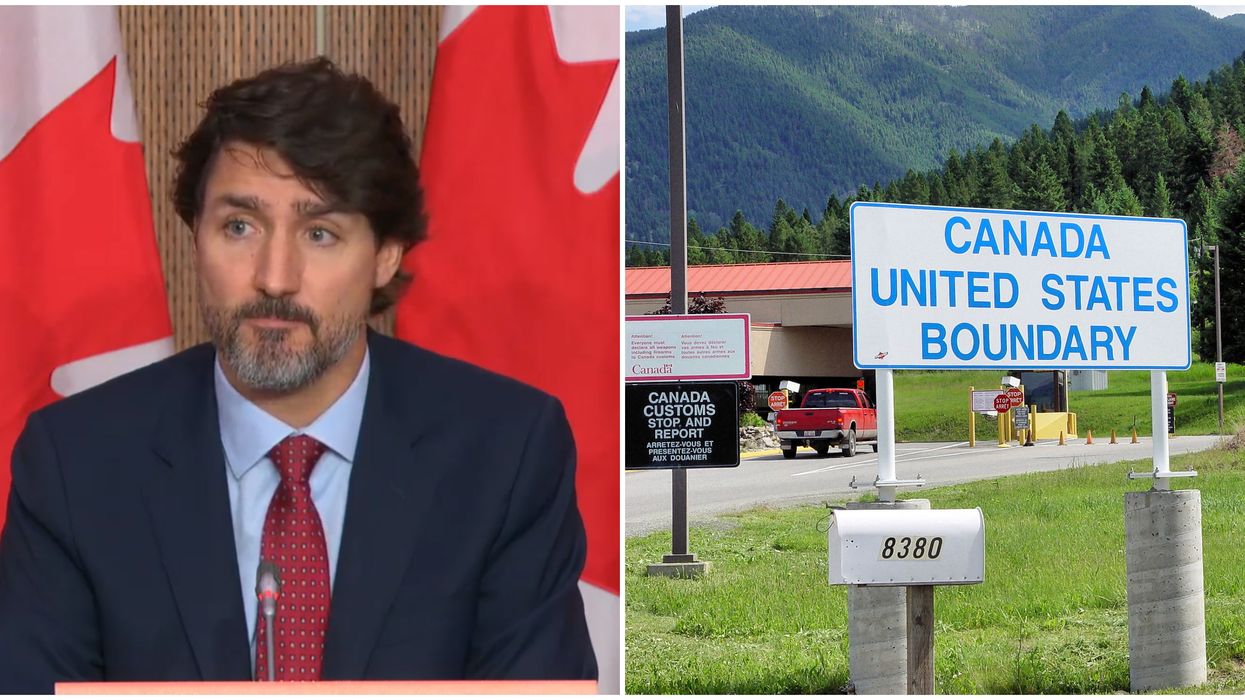 Some good news could be coming for separated sweethearts. The Canada-U.S. border might be opened slightly for family members to be reunited with their loved ones.

During a press conference on October 2, Prime Minister Justin Trudeau hinted that changes could be on the way regarding who is allowed to cross the border.

The PM noted that there are heartwrenching stories of families who are divided because non-essential travelling between the neighbouring countries is banned.

Editor's Choice: Dr. Tam Said Canadians Need To 'Give It The Old Double Double' To Fight The Second Wave

The Prime Minister noted that ministers will be making an announcement soon about strengthening border measures while also moving forward to allow more flexibility for compassionate cases.

So, it's a possibility that family members could be able to cross the border into Canada from the U.S.

Trudeau said that right now, evidence shows most COVID-19 cases happening because of community spread and not travel.

That means measures put in place, like the border closure, have worked.

For the prime minister, the number one priority is keeping Canadians safe from the virus.

"That has meant taking strong actions at the border," he said.

The border closure agreement between Canada and the U.S. is set to expire on October 21 but sources have said it will be extended to November.