It was a love fest on live TV! 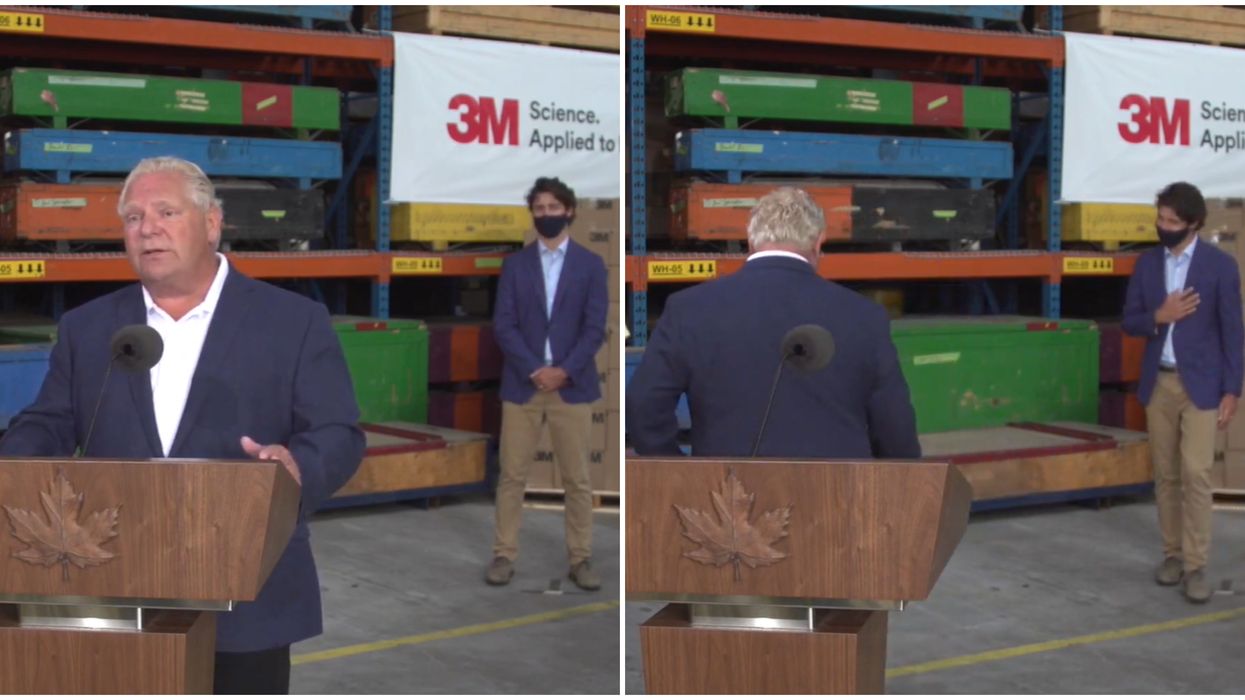 Is this the beginning of a beautiful friendship? Justin Trudeau and Doug Ford had nothing but praise for each other during their meet up in Ontario. It was like a love fest with both leaders complimenting the other.

While making a joint announcement in Brockville, Ontario about the production of N95 masks, the prime minister and premier of Ontario showered each other with compliments.

Ford started it all off by taking a moment at the end of his speech to thank Trudeau.

Editor's Choice: A Man On A Flight From Toronto To Montreal Filmed His Window Cracking & It's Terrifying

He recalled weekly phone calls between him, the other premiers in Canada and Trudeau where the PM always stepped up to the plate and was supportive.

Apparently Trudeau asked them every week how he could help and what the premiers needed.

"And you wonder why I'm always up here praising him? Because he did an incredible job as prime minister," Ford said.

When he turned to walk away from the podium after his speech, Trudeau thanked him by putting his hand to his heart and bowing his head.

Then it was the PM's turn to share the love.

He started off by thanking Ford for the kind words he said and for his partnership.

"It's always great to be here with friends, particularly you Premier Ford," he said.

Since one time wasn't enough, he thanked Ford again for working collaboratively on the agreement to produce N95 masks.

This unlikely duo wasn't done praising each other just yet.

Ford also noted how grateful he is that Trudeau asked how he could help.

"It's just amazing when we work together and we band together and we're all pulling in the same direction, Canada, Ontario, we're unstoppable against anyone in the world," he said.

This was the first time that the two have gotten together publically since they had a closed-door meeting in November 2019.

After it happened, the premier called it "a phenomenal meeting."

A couple of months ago, Ontario's leader joked about being the one to lead Canada someday.

A reporter had said, "hello, my question is for Prime Minister Ford."

He then cut her off and said, "not yet."