Costco employee Jason has gone viral for his response, too!👇 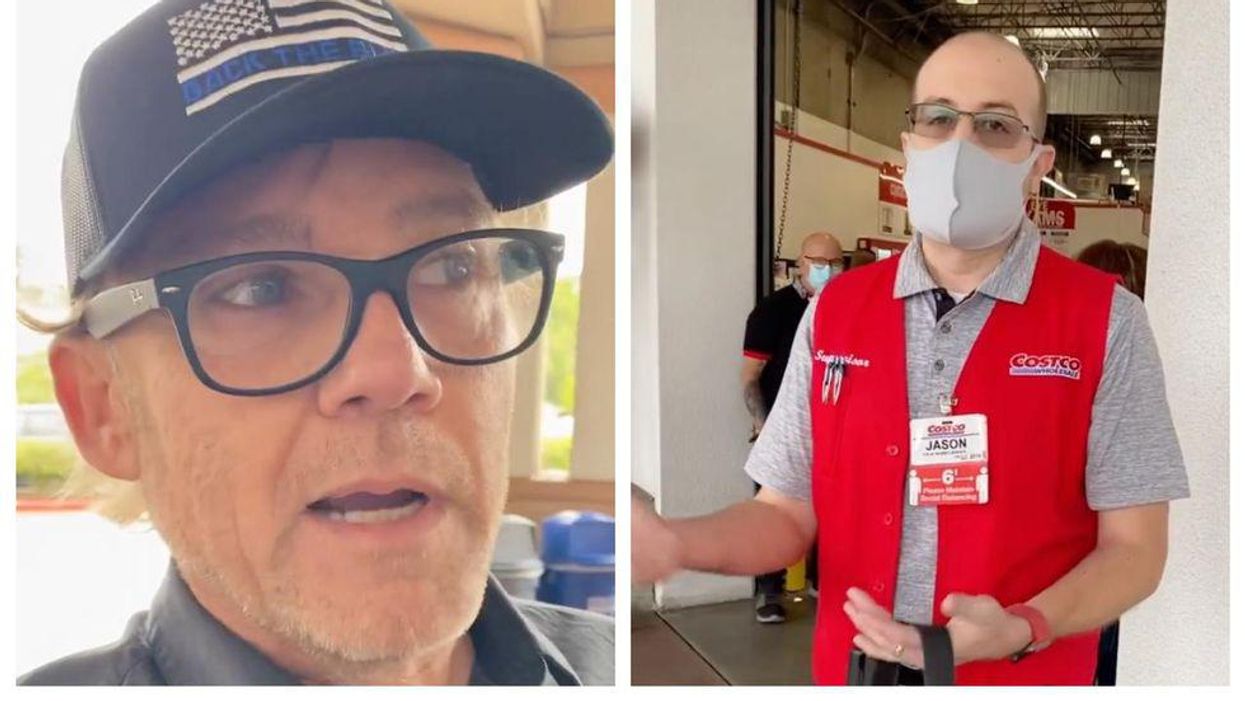 The former Silver Spoons actor can be seen wearing a "blue lives matter" hat while asking store employees to explain why he wasn't allowed inside the store unmasked.

During the clip, Costco Supervisor Jason can be seen calmly responding to Schroder, explaining that there had been "no change" to the state of California's mask policy, meaning he would still be required to wear a face covering to enter the store.

Later, Schroder urges anybody with a Costco membership to get a refund, telling those around him to "give up your membership to Costco until they remove this (mask mandate)."

The clip of the incident went viral shortly after it was posted, with thousands of people on Twitter urging Costco to give the employees in the video a raise for their patience.

Last week, Costco U.S. announced that fully vaccinated members would no longer be required to wear a mask in stores, as long as the state or local jurisdiction does not have a mask mandate.

Less than 24 hours after posting the original clip to his Facebook page, the 51-year-old former star shared another video to social media.

In a message to Costco employee Jason, Schroder said his rant was "nothing personal," adding, "I'm not upset with you or anyone in the position that you have."

He went on to apologize for "using" the store's employees to make a statement, saying, "I was trying to make a point to the corporate overlords and sorry that I had to use you to do it. If I hurt your feelings I do apologize."

"But I do think independence from medical tyranny is more important than hurt feelings," he concluded.