Get hooked on these jaw-dropping storylines! 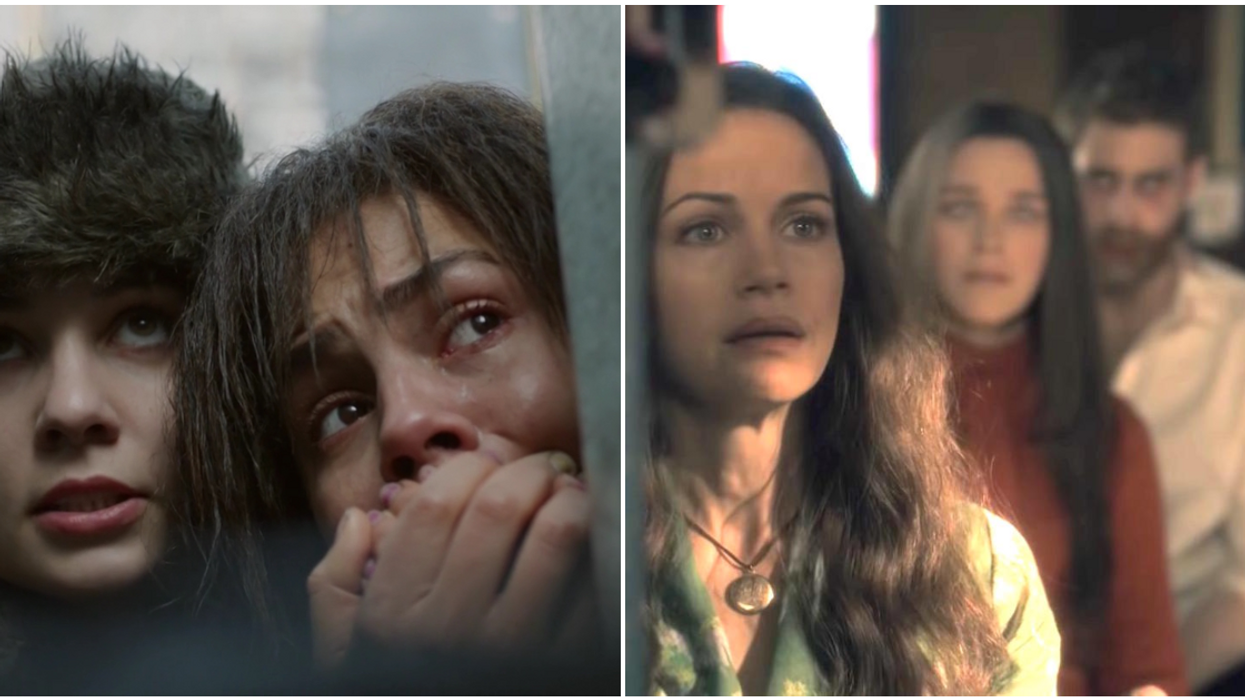 Hold onto your popcorn! These shocking shows on Netflix will have you jumping off your couch and screaming out loud at their jaw-dropping storylines. Call your BFFs because you might not want to watch these horror, sci-fi, and crime series alone.

Follow characters that are obsessively creepy, get caught up in illegal drug trading, and even have to cover up a bloody murder.

The stories here aren't for the faint of heart and they explore some pretty delicate topics including drug addiction, demons, and death.

Up for the challenge of something spooky? You can stream creepy series that you won't want to watch alone, horror movies that will keep you up at night, and some highly rated scary flicks that audiences are loving.

Hopefully, your roommates won't mind hearing you gasp out loud while watching these 8 Netflix shows.

This sci-fi anthology series is set in a future when technology allows humans to do some pretty shocking stuff, most of which exposes how toxic social media and the internet can be.

Penn Badgley plays the charming but obsessively creepy lead character, Joe Goldberg. He develops intense infatuations with women he meets and will go to the depths of murder to make them fall in love with him.

How to Get Away with Murder

A group of law students studying under one of the best criminal defence lawyers end up learning a lot more than they expected when they get tangled up in a murder case.

The Haunting of Hill House

Cover your eyes and your mouth because this horror series will have you totally spooked. A group of siblings return back to their childhood house and are faced with terrifying demons haunting them and their past.

Jason Bateman stars as Marty Byrde, a father who relocates his family to the Ozarks after a money-laundering scandal gets him into hot water with a Mexican drug lord.

The teen drama just came back with its fourth and final season! The first season followed the suicide of teenager Hannah Baker who left 13 tapes explaining why she took her own life. After that, the students at her high school get caught up in more drugs, crime, and murder scenes that will get your heart racing.

This South Korean horror series follows a king who rises from the dead at the same time that a plague takes over his kingdom, and a young prince who is tasked with saving people's lives from the mysterious illness.

Bryan Cranston stars as a high school chemistry teacher who gets diagnosed with cancer and decides to go into the meth-making business in order to help pay his hospital bills, but he isn't quite suited for the dangerous and illegal drug trade.