He tattooed what on his face?! 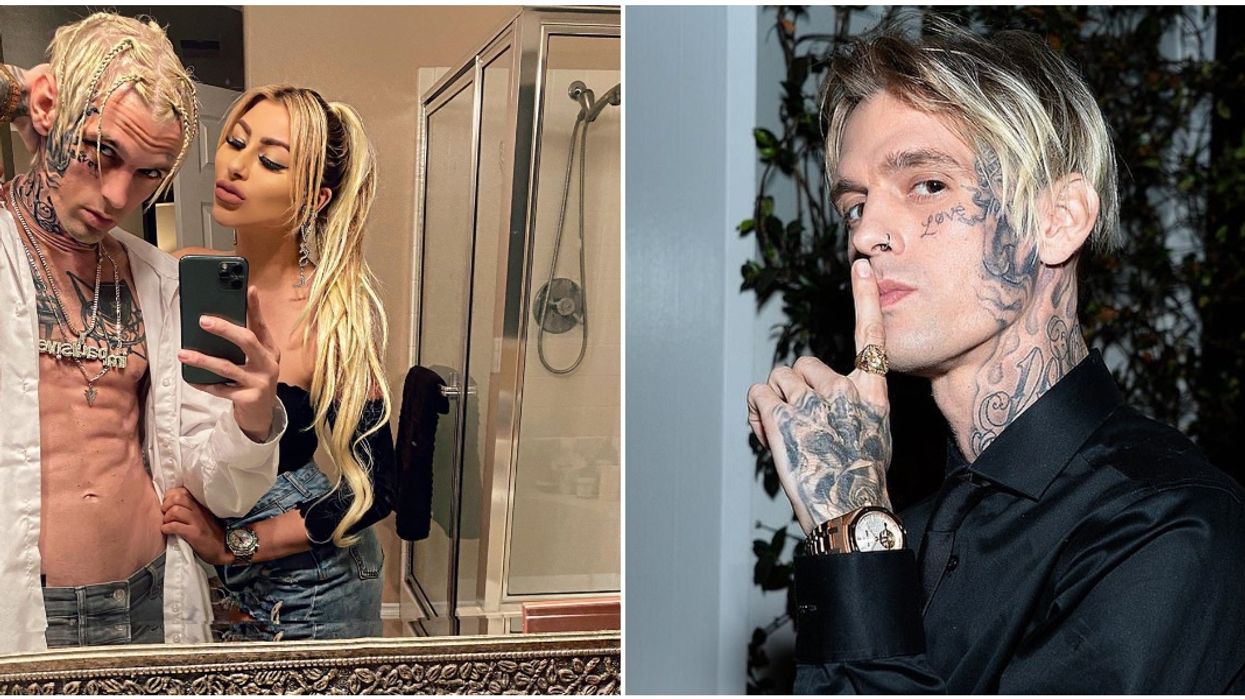 One of the '90's most iconic heartthrobs has been making headlines a lot recently. From his pregnancy announcement to his new face tattoos, and everything in between, Aaron Carter has had no trouble finding ways to keep fans entertained. Whether you're a long-time follower of the singer-songwriter, or this is the first time you're hearing his name, this list of things you might not have known about the Florida-grown boy will surely get you caught up on the latest and greatest AC tea.

And just in case this list isn't enough to satisfy your thirst for '90's celeb gossip, be sure you make a note to check out Narcity's many other articles about Aaron & Nick Carter, Britney Spears, and so many more.

But without further ado, here are 11 little-known facts about Florida boy Aaron Carter.

1. He's from Tampa & he's proud of his Florida roots

Though he lives in Cali he often touts his roots on Instagram. In fact, he recently even suggested a move back to the Sunshine State!

2. He was talented from a young age

By the time he was 10-years-old, he was already selling millions of records.

3. He has had some really tragic events happen in his life

His sister died of a drug overdose, his famous brother Nick has a restraining order against him, and he has struggled with drug additions of his own. He now claims he is drug-free (minus THC if you count that as a drug), healthy, and happy.

4. He's now engaged to Melanie Martin & has her name tattooed on his face

But their relationship hasn't always been a bed of roses, and his ex-tattoo artist thinks the Melanie tat was a bad idea.

5. He has been featured on the Impaulsive Youtube channel

He and Melanie even had a joint account at one point.

7. He has his own apparel line

You can grab a custom hoodie for $75. Fun fact: during a live stream, he once gave a drive-thru worker a hoodie, then took it back when she said she liked the Backstreet Boys.

Carter is always posting photos of his many dogs and featuring them in his live streams.

9. He has been very outspoken about his discontent for Jesse McCartney

He often refers to the singer as "Jesse McFartney" and has even recently ranted about him on live streams.

10. He has made serious public allegations against his brother

Carter has used his Instagram account to @ the FBI in his accusations against his brother & Backstreet Boy, Nick Carter.

11. He had a GoFundMe account at one point and claimed he had to lie about his finances

More paranoia from Aaron and confirmation that he did create the Go Fund Me. He continues to disparage his brother… https://t.co/b38l1ixHAC
— whatsthetruth2000 (@whatsthetruth2000)1574551101.0

The 2019 GoFundMe was set for $100,000 and mentioned Scientologist stalkers, family conspiracies, and so much more. The fund was taken down shortly after.

Aaron Carter is always up to something; so be sure to follow his many verified social media accounts to stay on top of his public endeavors.