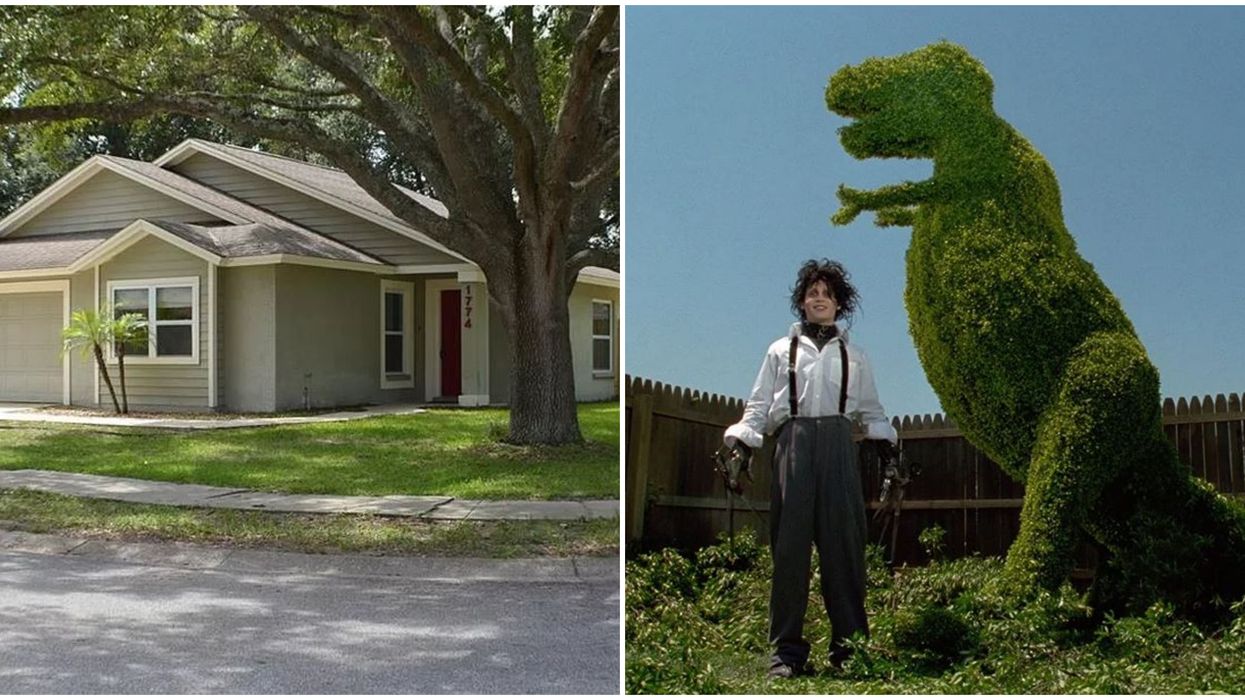 Fans of Tim Burton probably still love the classic film Edward Scissorhands, the fantasy romance starring Johnny Depp and Winona Ryder. If you’re a superfan who loves collecting memorabilia from their favorite films, then you may be excited to know that the iconic Edward Scissorhands house that the movie was shot in is up for sale in Florida right now.

Known as The Boggs' House, much of the interior has remained the same since the 1990 film was shot, but the outside has gotten a new paint job. Hardcore fans may even be able to recognize the original kitchen counters and cabinets that appeared in the film.

The home features three bedrooms and two bathrooms, with the master bathroom having recently been remodeled and now featuring a walk-in closet. All of the bedrooms have undergone updates, as well, sporting brand new flooring.

Editor's Choice: Here's A Look Inside The Mind-Blowing 'Mountain House' Being Built On An Island In BC

The infamous home was built in 1989, just months before the movie was shot. The home totals 1,432 square feet with a spacious backyard — which fans will likely remember from the BBQ scene.

Located in the Carpenters Run restricted community in Lutz, of Pasco County, Florida, homeowners would also have access to a community pool, tennis courts, and playground.

The home has central air and all the windows have received updated insulation.

Just minutes from the highway, with malls, outlets, and restaurants nearby, it's close to both necessities and fun spots.

A video posted on YouTube by the listing agent, Stacie Savoy, will even give you a little walkthrough of the home. Are you feeling nostalgic yet, '90s babies?

So what can one expect to pay for a Tim Burton-film-featured home? The Boggs' old place is currently listed for $224,000 on Zillow.

If you've ever wanted to own a little slice of cinematic history, now's your chance.

Description: The iconic house that was featured in Tim Burton's classic Edward Scissorhands is now for sale in Florida, and looks largely the same as it did in the film.