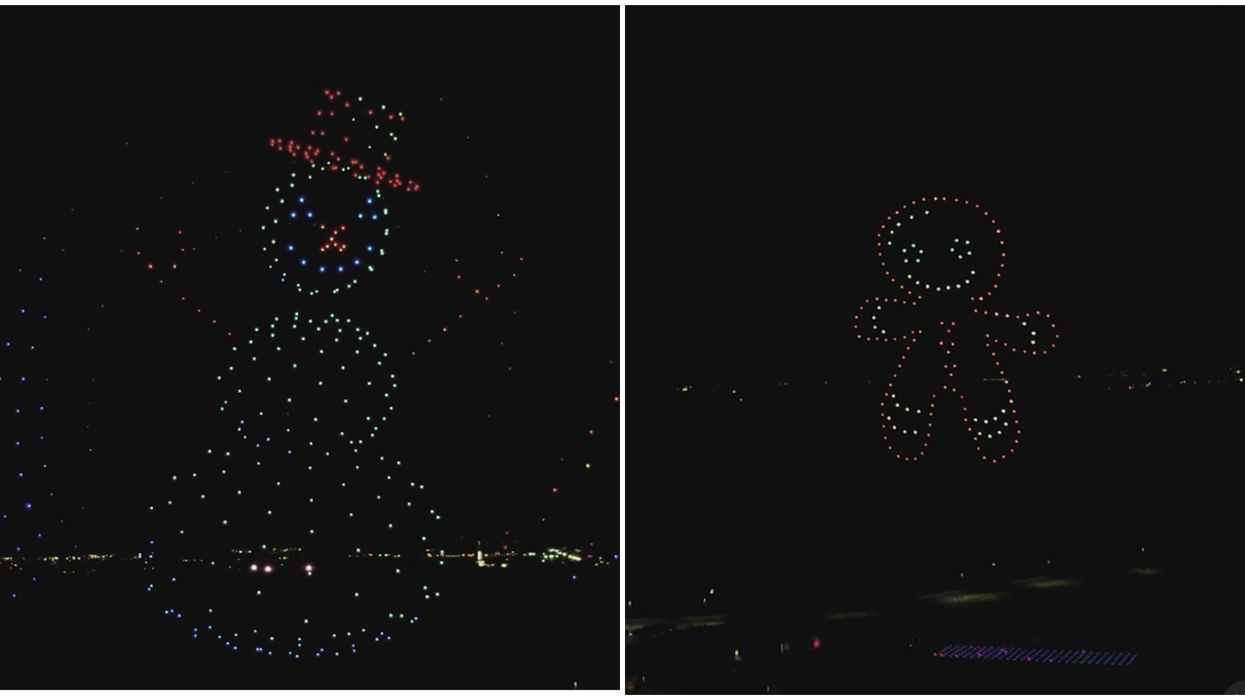 The coolest holiday light show of 2020 might just be this one being held by literally Walmart, the store, as it uses actual drones to light up the sky set to Christmas music.

The Walmart Holiday Drone Light Shows are happening in several states all over the country this month, including Northern California, Arizona, Virginia, Arkansas, Texas, and North Carolina.

The first two shows were held this past weekend in Dallas and Kansas City and people LOVED it.

Editor's Choice: A Photographer Couple Created TV Dinners Based On Christmas Movies & They Are Amazing

One person who saw the show in Kansas called it "one of the coolest things" they have ever seen (!).

The Intel drones are just up there in the sky, forming holiday things like reindeer and elves doing dances to popular Christmas songs.

These holiday drones are just up there forming snowmen.

The Kansas City show also featured this (only slightly terrifying) Santa Claus waving at people from the roof of a car.

Even the entryway to the event is festive and lit up.

The event is an hour long and features a short holiday film followed by the light show.

Tickets to see the shows have to be reserved in advance and are not sold at the gate.