The stage hosted many speakers including Donald Trump. 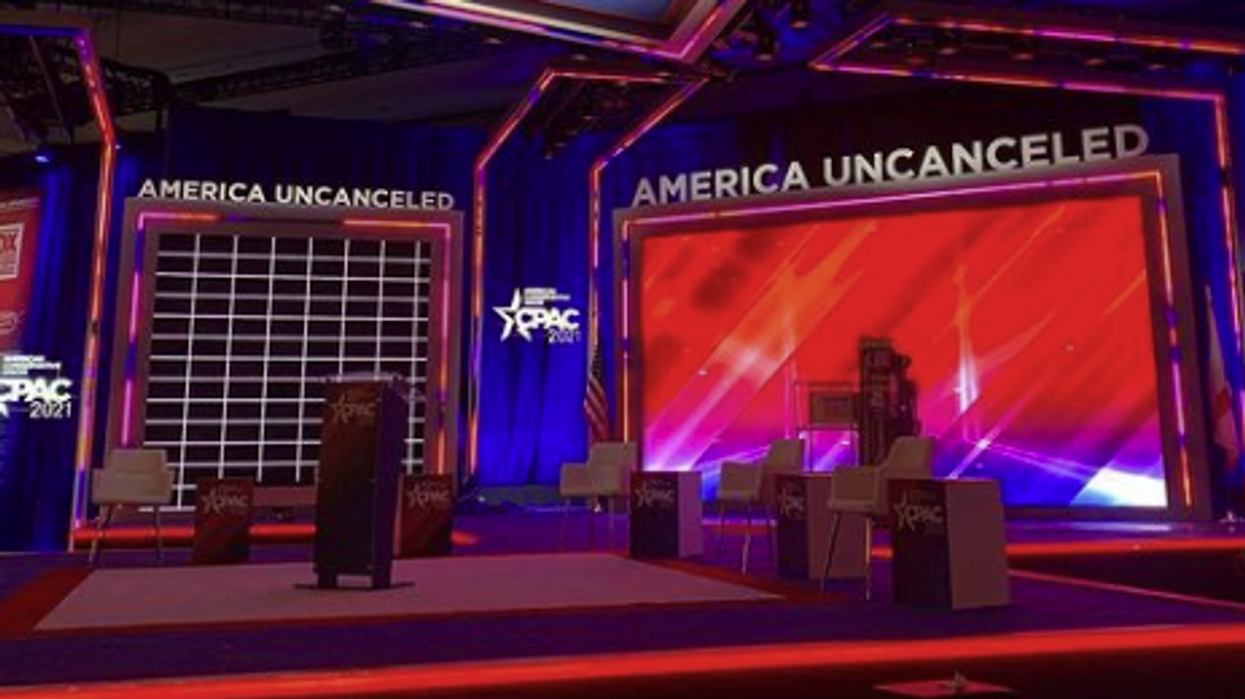 The Conservative Political Action Conference (CPAC) wrapped up a weekend of speakers and election teases on Sunday, but some social media users noticed something about the stage that just didn't sit right.

After further analysis, it seems the stage resembled an old symbol used by the Nazis during World War 2, and now some are looking for answers as to whether or not it was on purpose or a simple coincidence.

The symbol, known as the Odal rune, was used by some Nazi divisions during the war.

The symbol can even be seen flying during the white supremacy riots in Charlottesville, Virginia back in 2017.

Matt Schlapp, chairman of the American Conservative Union, denies the design's association with the Nazi party, saying the concerns are "outrageous and slanderous."

Stage design conspiracies are outrageous and slanderous. We have a long standing commitment to the Jewish community… https://t.co/cupHpMKVje
— Matt Schlapp (@Matt Schlapp)1614458864.0

The conference took place in a Hyatt Hotel, prompting the hotel chain to release a statement. The chain claimed to have not recognized the controversial stage until the conference had already begun, saying they would have addressed the issue if they noticed it beforehand.

The release also stated they believed CPAC's denial of the conspiracy theory, which is why they allowed the event to continue.

"We do not always agree with or share the same values as groups hosting meetings and events at our hotels – and while we may not always get it right, we strive to strike the right balance among our customers’ rights to express themselves in their meetings and events, inclusivity and our role in providing meeting facilities," read the statement.

Time to grab your popcorn and camera!

The Toronto International Film Festival (TIFF) just dropped its list of all the featured films they will be showing at this year's festival, and the casts sure pack a Hollywood punch.

The company has explained how much you can get back.👇💰
Iryna Tolmachova | Dreamstime

Following a giant outage that left Canadians across the country without phone and data services this week, a Rogers credit has been offered to affected customers.

The company explained that the April 19 outage was caused by a recent Ericsson software update and promised that it was working to ensure this would not happen again.

The first two Athleta Canada stores are expected to open this year and there will also be a Canadian online store launching in 2021.

This is Gap's performance lifestyle brand that's specifically for women and girls.

All testing and quarantine measures are being extended. ✈️
Marc Bruxelle | Dreamstime

Health Canada has confirmed that quarantine hotels in Canada will be sticking around for at least another month.

In a notice shared via Twitter on April 20, the federal agency confirmed that all of Canada’s current travel restrictions would be extended until at least May 21, 2021.